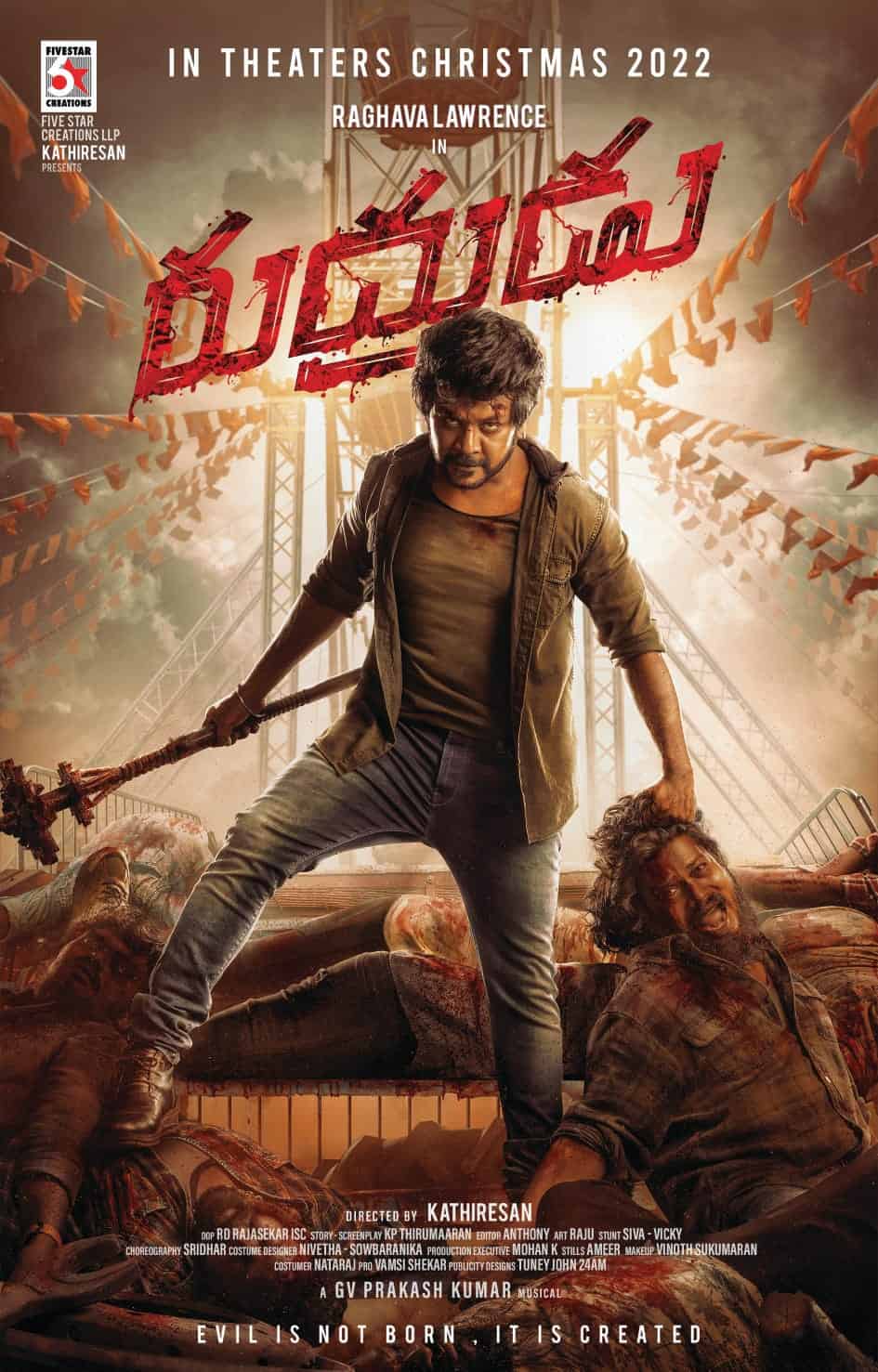 Raghava Lawrence’s new film under the direction of Kathiresan is titled as Rudhrudu and the makers released its first look poster. The title sounds massy, so is the first look poster. Lawrence arrives with a weapon in his hand to take on the baddies. Going by the poster, the movie will be an intense action thriller.

Rudhrudu is nearing completion and as we can see in the poster, the movie will arrive in theatres during Christmas, 2022.