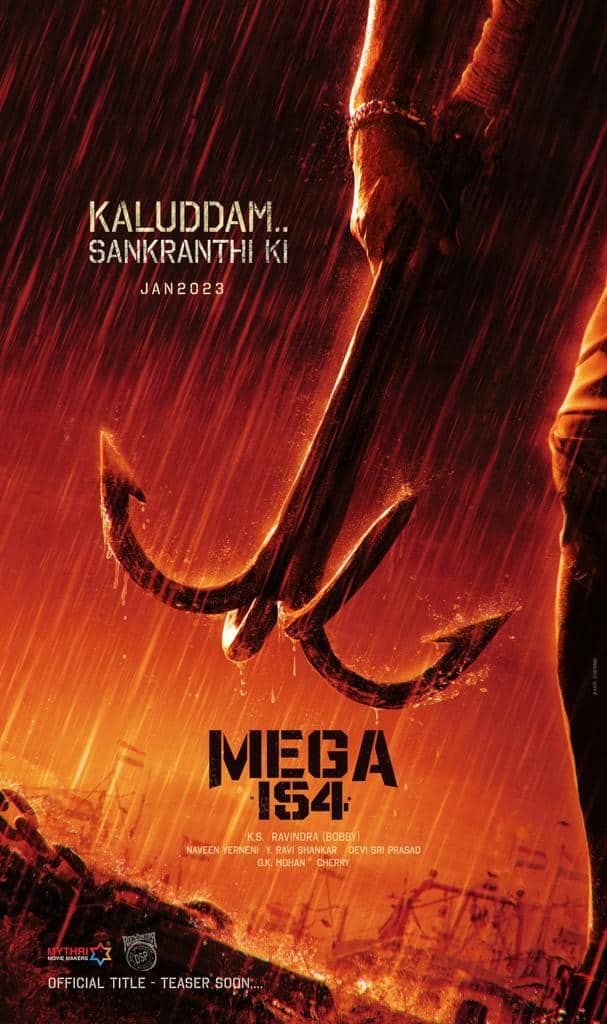 The makers of most awaited Mega154 have announced that the megastar Chiranjeevi starrer directed by Bobby will hit the screens during Sankranthi festival in 2023. In addition, they have also assured, official title and teaser of the movie will be dropped soon.

Ever since the movie has been announced, huge hype was created on Mega154, given the announcement poster alone offered Poonakaalu to one and all. The release date announcement poster too is striking with megastar walks holding an anchor in his hand, though his face isn’t visible here.

The film’s next shooting schedule will begin from July and they are planning back-to-back schedules to complete all the works within the time, to spend more time on post-production works and promotions.

It’s a dream project for director Bobby who is making sure the movie will appeal to large sections. Particularly, fans will have festival time to see vintage Chiranjeevi in the movie, informs a source.

Shruti Haasan is playing the heroine in the high budget entertainer being made under Mythri Movie Makers. Rockstar Devi Sri Prasad is on the mission to score chartbuster album for the movie.