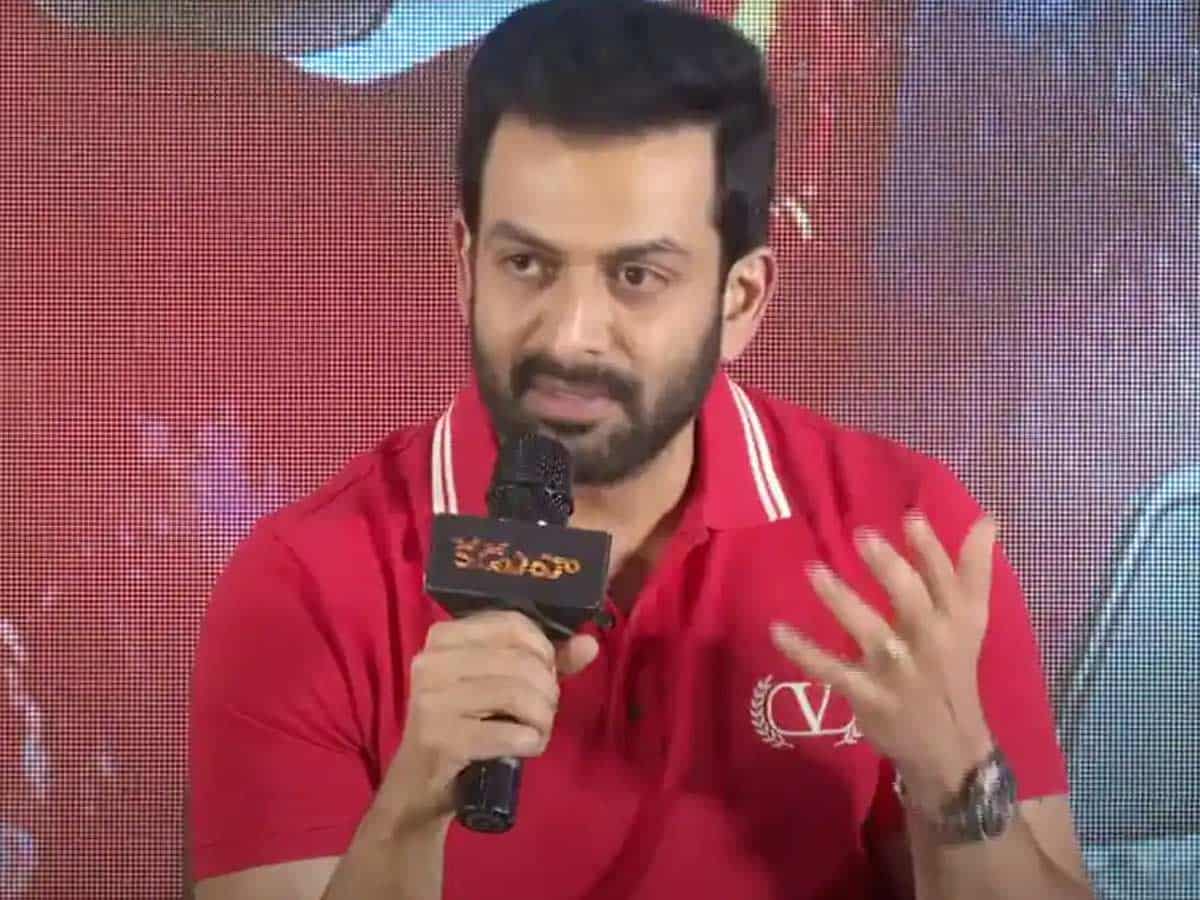 Malayalam superstar Prithviraj Sukumaran enjoys a huge fanbase in Tollywood as well, thanks to his terrific movies, his directorial debut Lucifer and the recently acting venture Jana Gana Mana. They made him closer to the Telugu audience and today he is eyeing a direct dubbed release for his upcoming film “Kaduva”.

While interacting with the press in Hyderabad, Prithviraj made some stunning revelations about certain things.

On Tollywood
“Tollywood is a role model for the whole of a country and we look up to you for inspiration. Today the business model set by you is being followed by everyone and I would love to be here in Hyderabad more often to learn that” he says.

On Salaar
“Salaar was offered to me two years ago but haven’t thought I could do due to lack of dates and previous commitments. Now that Prabhas’ dates got pushed around, I may work on the film and that will be finalized tonight after I meet Prashanth Neel. More than anything, who would miss a chance to work with Prabhas?” he asserted.

On Telugu Debut
“Couple of leading producers from Tollywood offered me a film already and I’m happy and grateful about that. More than acting, I may direct a Telugu film very soon” he adds.

That’s Prithviraj for you folks, and hope he would be doing more Telugu films that will have terrific content and message.