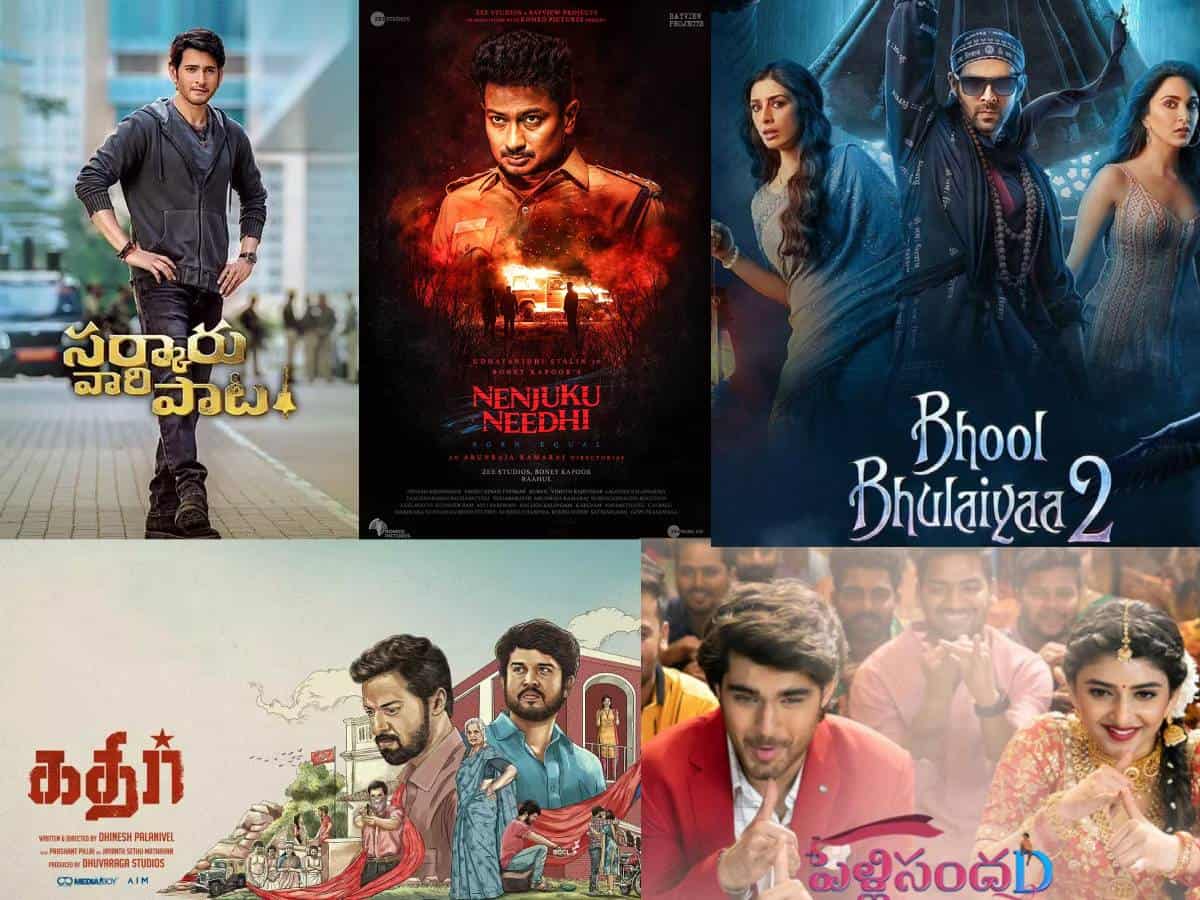 Nine films have hit the screens the other day. None of them is a big film and neither did they get a thumping response from the viewers. Thus, audiences are not showing a great interest in stepping into theatres this week. If you want to chill at home and watch something on OTT this weekend, have a look at these new releases.

Starring Superstar Mahesh Babu and Keerthy Suresh in the lead roles, this movie was directed by Parasuram Petla. It was premiered on Amazon Prime Video for free on June 23.

It is an official remake of the Hindi film Article 19. Starring Udayanidhi Stalin in the lead role, this film is currently streaming on Sony LIV. If you like gritty social dramas, this will be a great watch.

This is probably the only film in the recent past which had an OTT release eight months after the theatrical release. You can watch this youthful entertainer now on Zee5. Roshan and Sree Leela played the lead roles in it.

Venkatesh Annadurai, Rajini Chandy, Bhavya Trikha played the lead roles in this Tamil crime drama. You can stream it on Aha Tamil.

Starring Kartik Aaryan, Tabu and Kiara Advani in the lead roles, this horror-comedy is the biggest hit in Bollywood this year. It is now available for streaming on Netflix.