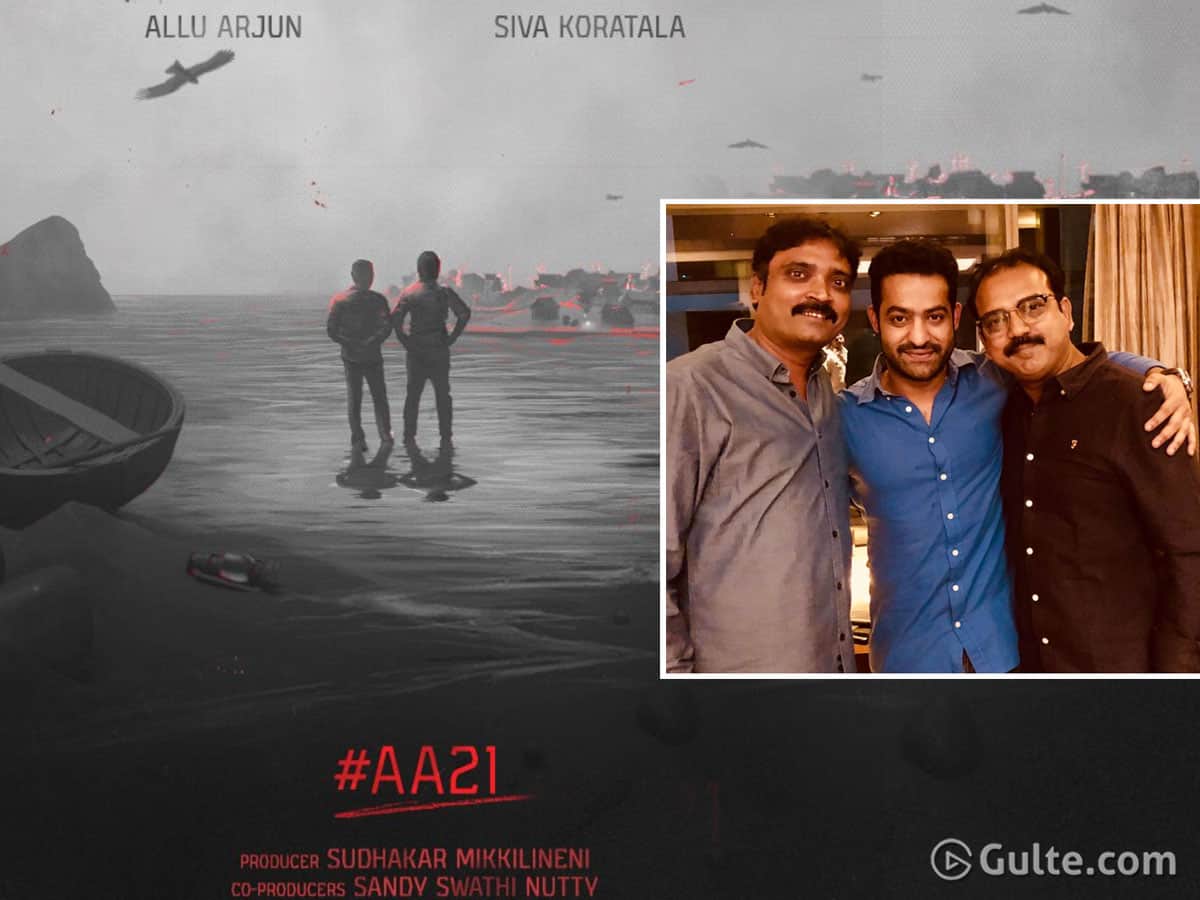 Each and every director who is supremely talented is not looking forward to working on the basis of a handful of remuneration these days. Like how our star heroes are demanding a lot of money as their ‘share’ in the project, even star directors like Trivikram and SS Rajamouli are doing the same these days.

But then, rather demanding a share straight, Trivikram had developed this new friendship with producer Chinna Babu, who happens to be co-investor for Julayi movie, and now owns a share in “Haarika Haasini Creations”. That way, like how Allu Arjun took a share in profits by involving Geetha Arts in Ala Vaikunthapurramuloo, even Trivikram did the same through Haarika & Haasine.

And now, even director Koratala Siva is also said to be doing the same by bringing his friend Sudhakar Mikkilineni, who is bankrolling #AA21 on his Yuvasudha Arts banner. The same banner will be co-producing all other upcoming films of Koratala Siva from now onwards, we hear.

One thing is to bring their friends as producers and other thing is becoming a partner in production, seems like this is the trend many star directors will be following from now.