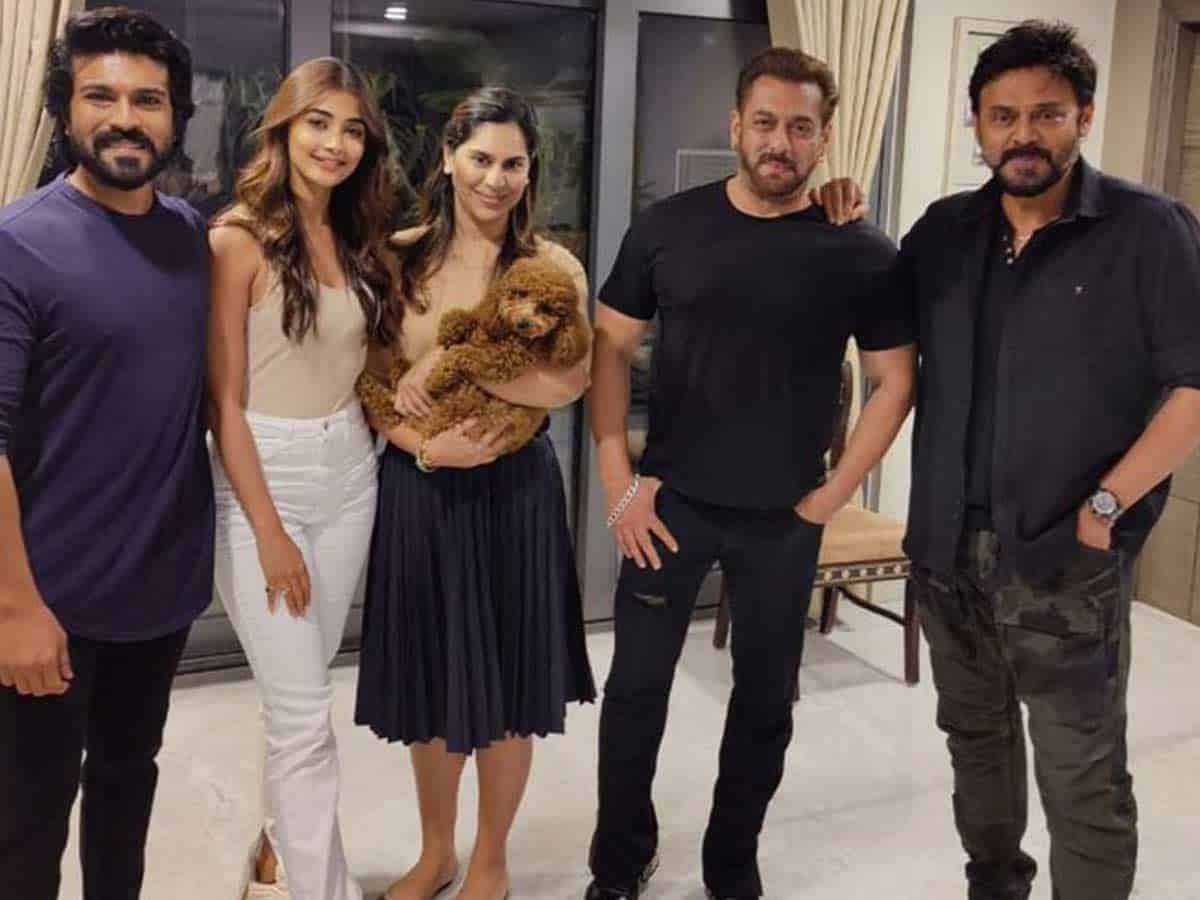 Currently shooting for a couple of films in Hyderabad, including his upcoming movie “Kabhi Eid Kabhi Diwali”, it looks like Superstar Salman Khan is having a gala of time here in the city. Apparently, he has become a regular guest at mega khandaan after recently he partied with Megastar Chiru and Universal hero Kamal at the former’s residence.

On Sunday evening, along with Telugu superstar Venky and star heroine Pooja Hegde who happens to be Salman’s co-stars in Kabhi Eid Kabhi Diwali, the Bollywood superstar has turned up at Ram Charan’s residence in Jubilee Hills, Hyderabad. Charan and his wife Upasana have hosted the three in a big way and they are said to have spent an amazing time.

From a long time, Salman is a thick family friend of the Mega family, especially Chiranjeevi, and so is Venkatesh. And now that Pooja worked with Charan twice already, in Rangasthalam and Acharya, she too has become an inner circle it looks like. And it is good to see Tollywood folks hosting Bollywood biggies like this in Hyderabad city. Truly Telugu Industry is becoming the new capital of Indian cinema, isn’t it?