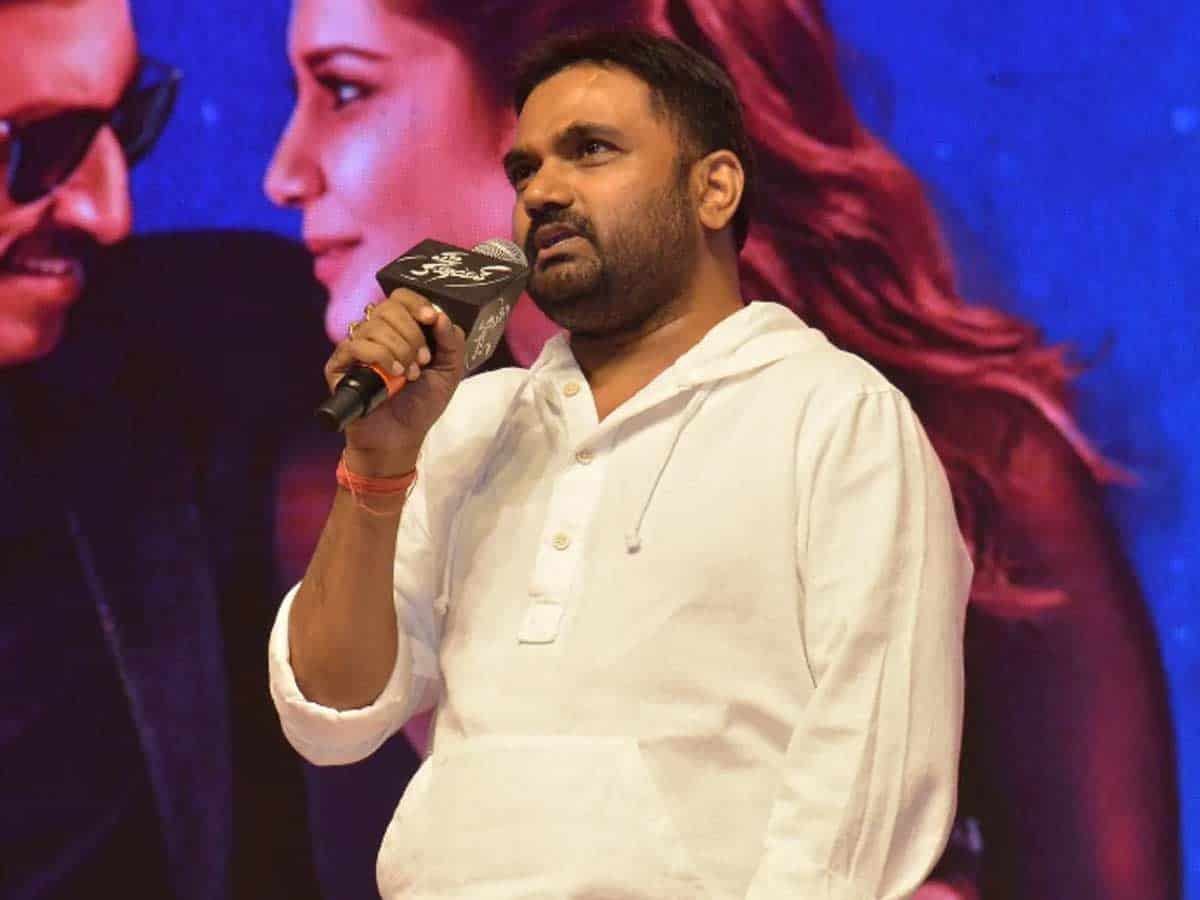 Never in his interviews earlier, director Maruthi has elaborated on his connection with Prajarajyam Party but often maintained that he produced and distributed a film, which actually led him to take up the megaphone. But other day, the director revealed that Megastar Chiranjeevi is the one who had actually paved the way for him to become a filmmaker.

Apparently, Maruthi is said to be the graphic designer who has crafted the design of Chiranjeevi’s the then Prajarajyam Party flag. Later, Chiru assigned him the task of creating visuals for the party anthem they got composed. Jumping into the job, Maruthi is said to have shot the whole video in Godavari districts and the final edit impressed Megastar big time. After watching the video, Megastar is said to have asked him if he has any plans to become a film director soon as the shots, visuals and screenplay of the song spoke volumes.

Maruthi claimed that Chiranjeevi’s appreciation and words have planted the idea to become a filmmaker in his mind. Well, maybe we could say that Maruthi is the first benefactor from the now-closed Prajarajyam Party as it led to showcasing his talent to Chiru and the subsequent appreciation as well advice.