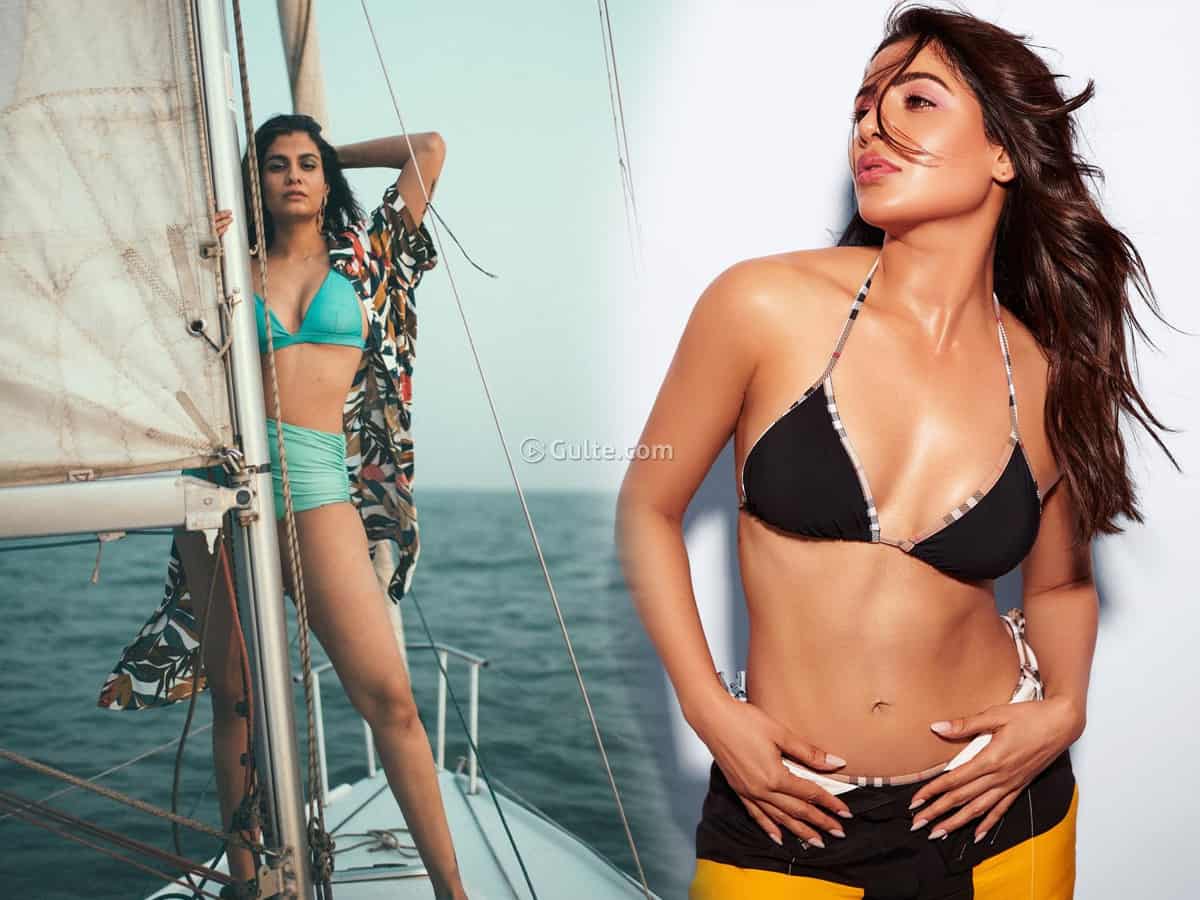 These days, the more glamour you spill on the social media platforms like Instagram, the more fans and followers you’re likely to amass. And for that reason, many heroines often fly to exotic places for a holiday and the primary activity they indulge in is nothing but sharing their pictures in two-piece outfits. From Samantha to Pooja Hegde, Trisha to Kiara Advani, Janhvi Kapoor to small-time actresses like Bindhu Madhavi, everyone did it.

The interesting point we are discussing here is how a star heroine like Samantha and ‘The Family Man’ Season 1 fame Shreya Dhanwantary have treated this bikini acts now and then. A couple of years ago, Samantha shocked moviegoers by appearing in a two-piece outfit for a song in Surya’s Anjaan movie. However, the song’s video on YouTube and the full film available on Netflix don’t contain these bikini shots of Samantha. One can watch that bikini act from the piracy version video clips uploaded on the internet. The talk back then stated that Samantha herself blocked the production house from releasing her bikini videos.

Cut to Shreya Dhanwantry, the Hyderabadi actress who made her Telugu debut long back and appeared in films like Josh, has made a huge scene when her bikini pictures were sent to media by her photographer back in 2010. She reached out to all the PR agencies to remove those pictures from websites. But now, she herself slipped into a two piece and shared it on her Insta page.

So what changed the mindset of these actresses anyway? Are they doing this because they want to take their fame to next level by giving tough competition to other glamorous starlets out there? Or do they found confidence through that sexy body that they could flaunt their figure in a two-piece now?