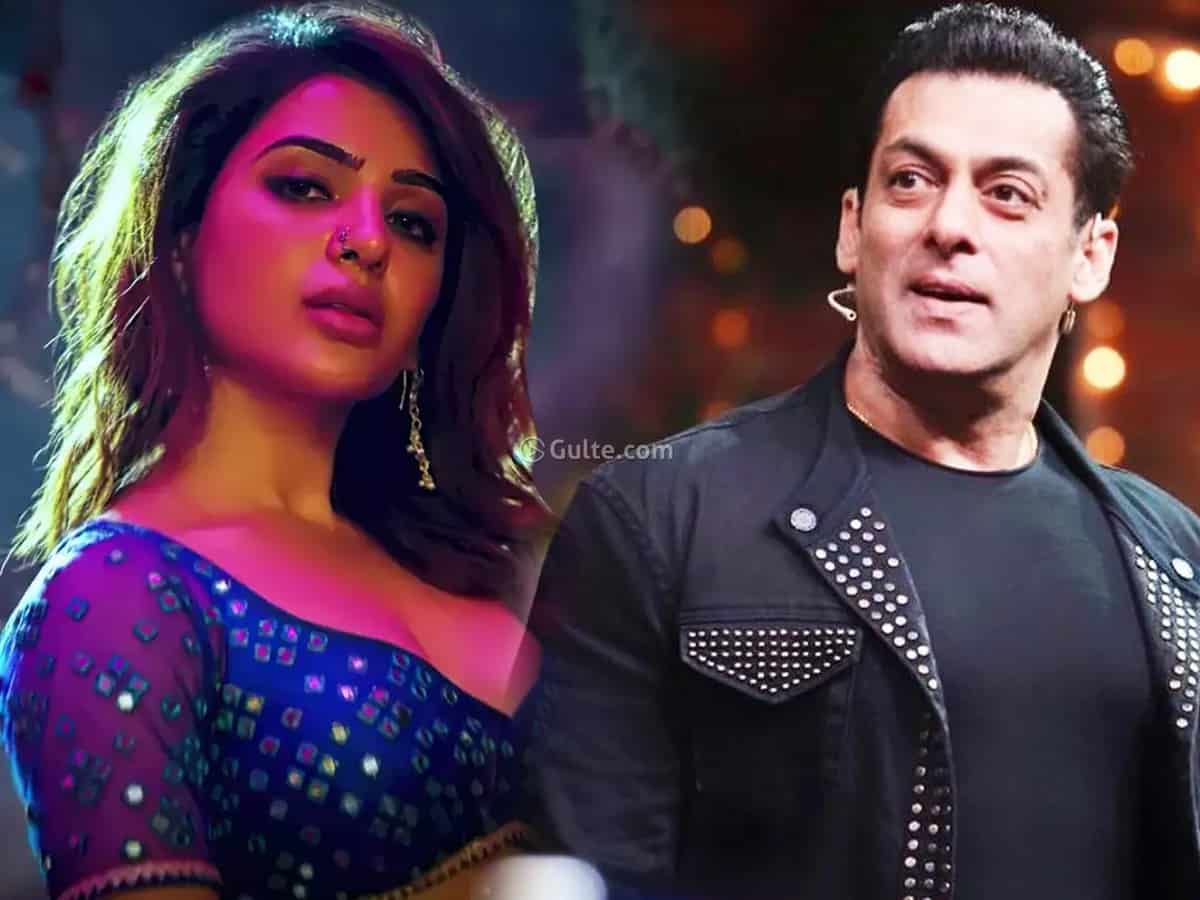 Samantha shot to nationwide fame with her performance in the super hit web series, The Family Man season 2. Her popularity reached the next level with the item song ‘Oo Antava…Oo Oo Antava…’ from the film Pushpa.

This seductive track was a huge chartbuster across the country. Samantha’s electrifying dance moves with Allu Arjun got a terrific response from the audience. The song also ruled the music charts for a long time.

Even Bollywood’s star hero Salman Khan is a big fan of this track. At a recently held awards ceremony, Salman was asked whether there is any film or a song that inspired him in the last few months.

Without any second thoughts, Salman sang Oo Antava and went away. This video clip is now going viral all over the internet.

Samantha got a chance to watch it as well and quoting the video, she tweeted three heart emojis. After watching her reaction to the video clip, fans are now putting on their request for a film in the combination of Salman and Samantha.

We have to see if any filmmaker materializes this crazy combination in the coming days.