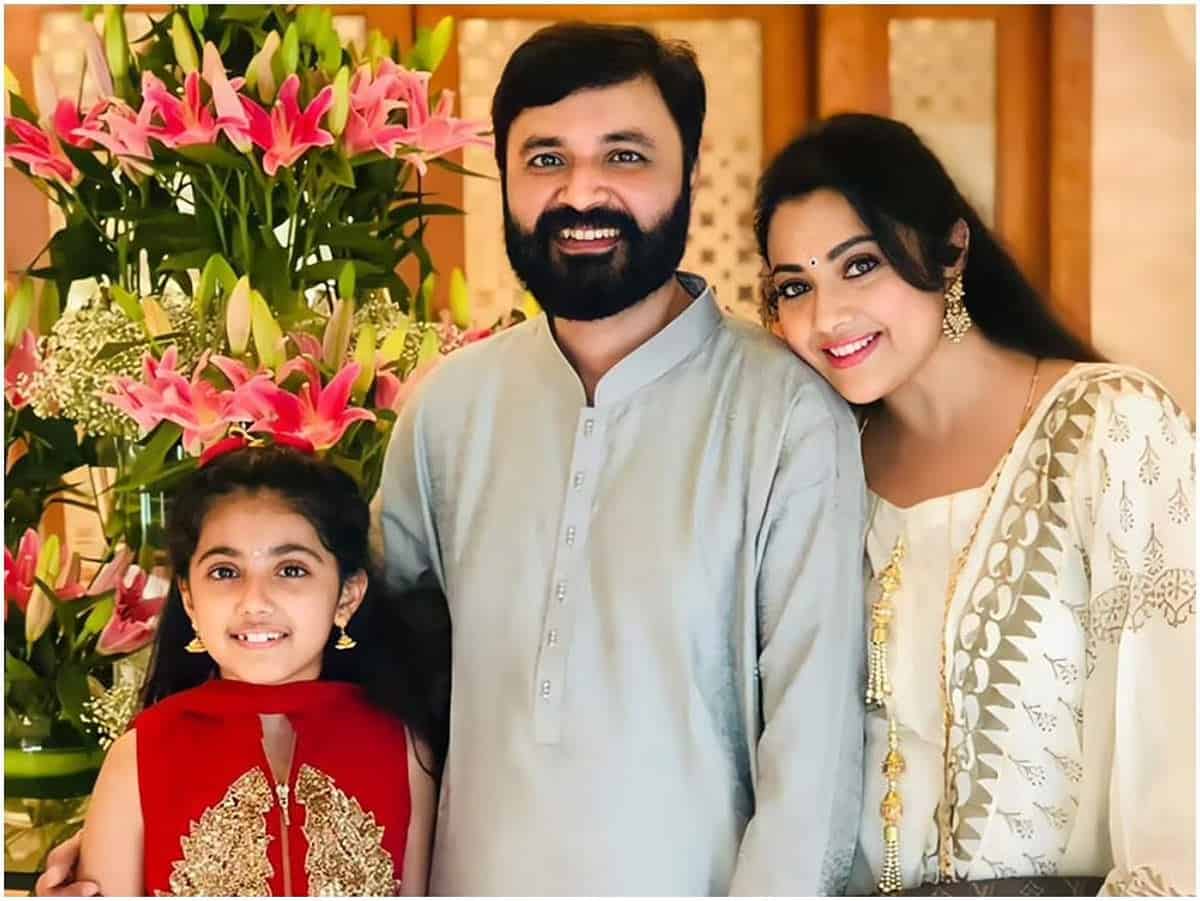 Actress Meena’s husband Vidyasagar passed away on Monday in a private hospital in Chennai. Vidyasagar is said to have been suffering from a lung infection and was getting treatment for the same for several months.

Meena and Vidyasagar got married in 2009 and they both have a daughter Nainika. Vidyasagar was a Bengaluru-based businessman. According to the reports, he was suffering from lung disease for the last few years and it was an allergy contracted by inhaling the air infected by pigeon droppings. The infection turned severe after the entire family tested Covid positive in January this year.

Meena and her daughter recovered but Vidya Sagar’s condition worsened. It is heard that the doctors even suggested a lung transplant, but the attempts went in vain. The last rites will reportedly take place on June 29.

Many film celebrities expressed their shock and condolences on Vidyasagar’s passing away. “It is shocking to hear the news of the untimely demise of Actor Meena’s husband Vidyasagar, our family’s heartfelt condolences to Meena and the near and dear of her family, may his soul rest in peace,” tweeted Sarathkumar.