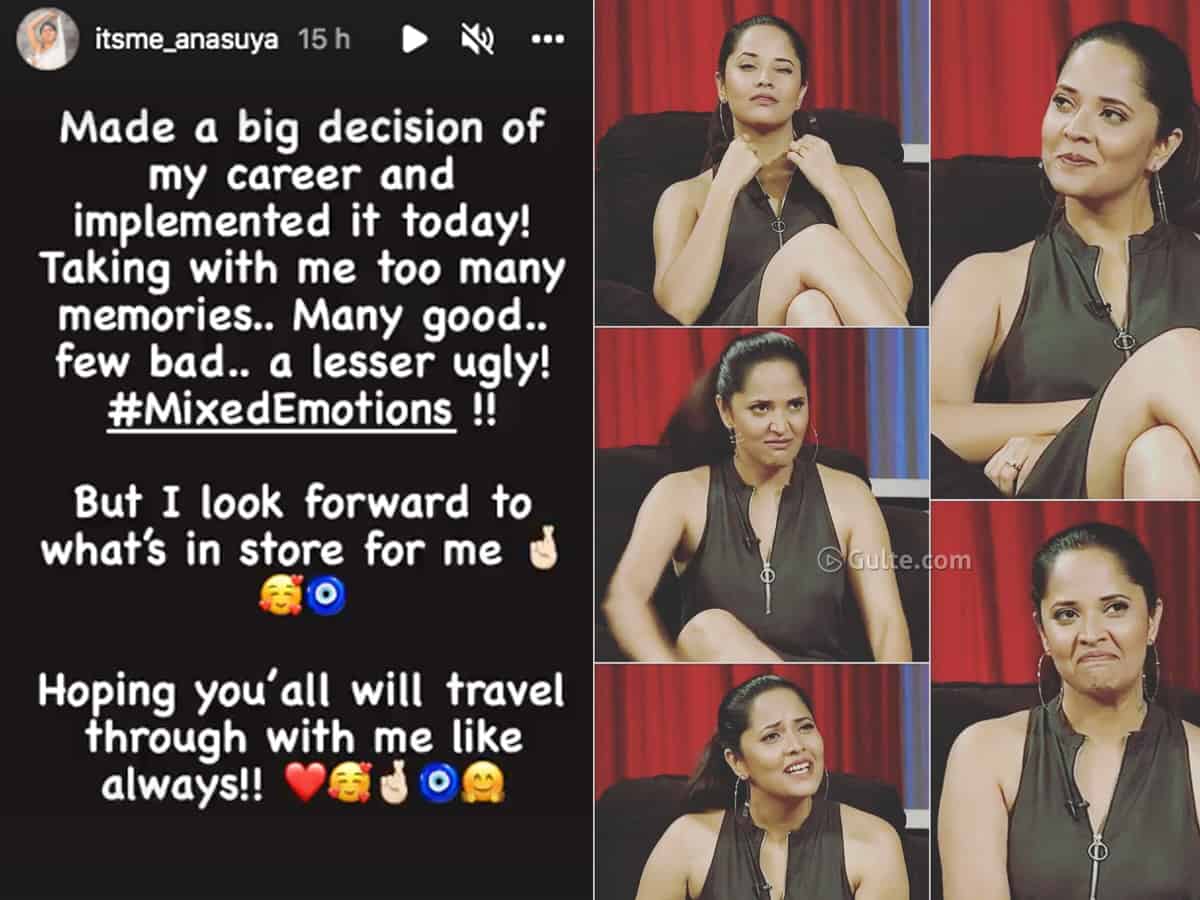 Other day, anchor Anasuya has suddenly posted a cryptic message, of course it’s bit clear for people who know her, indicating that she took a big decision regarding her career. Later on she posted some pictures from the sets of Jabardasth, but that wondered what is actually happening.

Apparently Anasuya posted that she took a big decision of her career and implemented it other day, and she will be looking forward to what’s in store for her now. Reports are now coming up that the spicy anchor has quite Jabardasth show, which she has been hosting for years now. This decision has come in view of her other assignments on Star MAA and Zee, while she’s getting huge movie offers as well now.

Of course, none knows Anasuya prior to her ‘glamorous’ stunt on Jabardasth. She used to work in MAA TV first and later joined Sakshi TV as well, while hosting some audio functions of small budgeted films for a mere ₹ 5000 pay. It is the extra ravishing Jabardasth stunt that actually gave her the stardom, and couple of films like Kshanam have made an actress out of her too.

But then, why didn’t Anasuya mentioned it straight about quitting the show? Maybe they are thinking that her last episode should get huge TRPs and hence they want to keep the news in wraps until then.