Prabhas On One Side, Chiru-Balayya On The Other Side 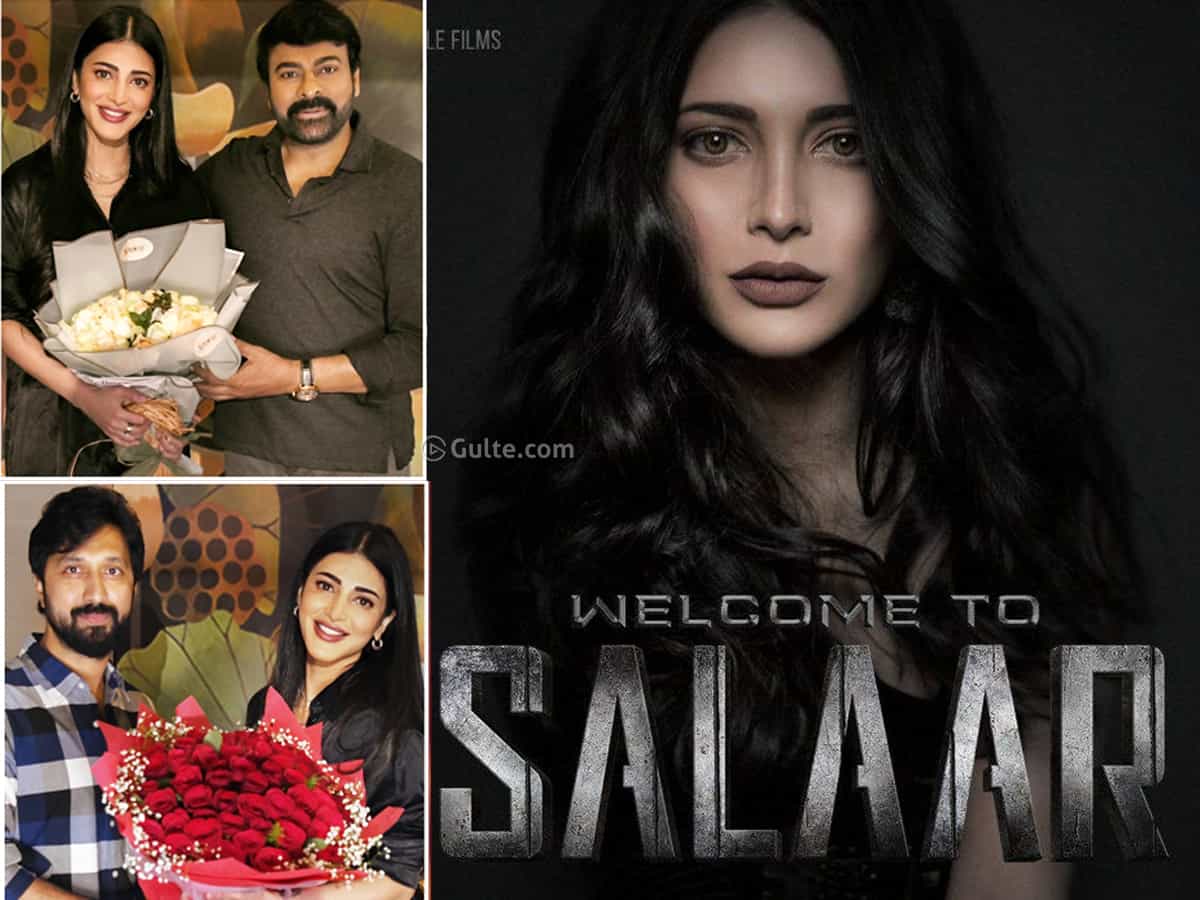 One of the busiest heroines right now among the senior starlets here in Tollywood is none other than Shruti Haasan. While her contemporaries like Tamanna and Kajal Aggarwal are getting only fewer offers, Samantha is busy in Bollywood. And this lady is however shuffling between three movie sets at the same time.

Firstly Shruti is quite excited about Prashanth Neel’s Salaar, in which she’s getting paired with Prabhas for the first time.

The actress stated that her job on Salaar was quite easy as director Prashanth Neel always had a huge clarity about the characters and their behaviours. At the same time, Shruti is feeling stressed because he has to attend the shootings of two more films in Hyderabad, which happen to be #Chiru154 and #NBK107.

The actress stated that shuffling between these films is a mentally draining task, while Prabhas film is on one side, and the rest two films with senior heroes are on other side.

We have to see if these three movies will put Shruti Haasan back into demand in Tollywood as the success of those films could be termed as the biggest career turn for the actress who is out of work for years.