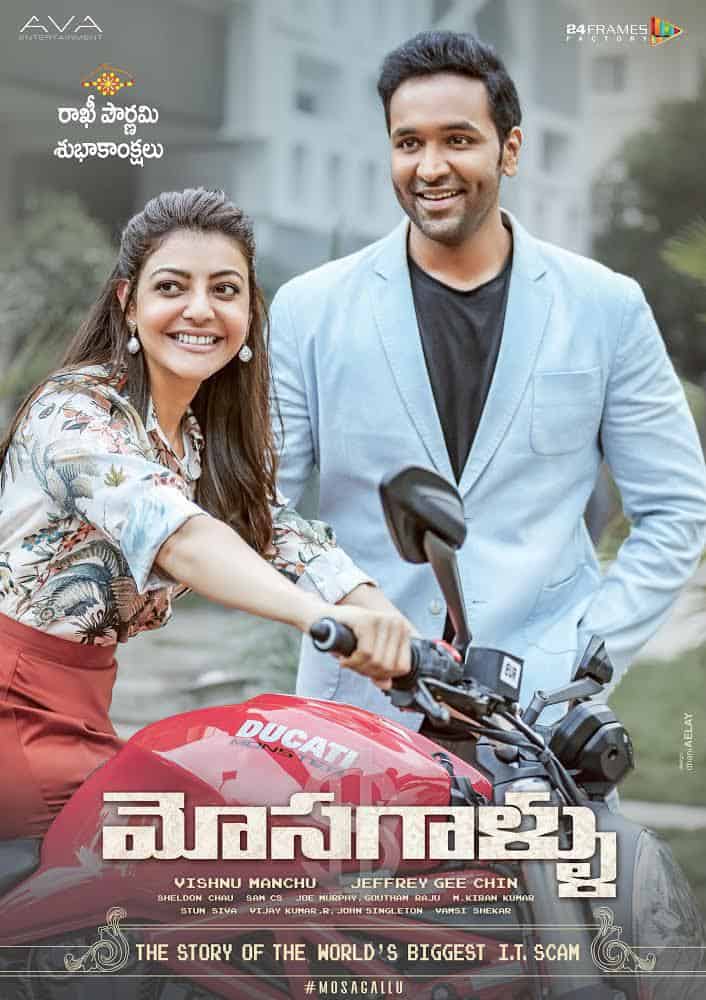 Manchu Vishnu and Kajal Aggarwal are working together for the first time in a Hollywood-Indian project ‘Mosagallu’. The relationship of the two lead actors in the film is revealed today on the occasion of Raksha Bandhan.

As per the official announcement, Manchu Vishnu plays sibling to Kajal in the film. Here, Kajal is seen posing on bike, while Vishnu is seen beside her. It will be interesting to see the kind of relationship the on-screen brother and sister share in the film.

Mosagallu is the most challenging project for Vishnu who wants to comeback strongly with it. He reportedly performed breath-taking stunts to give Pan World appeal to the film.

The film directed by Jeffrey Chin and produced by Manchu Vishnu is based on a true story about the biggest IT scam in history; which originated in India and shook the United States of America.