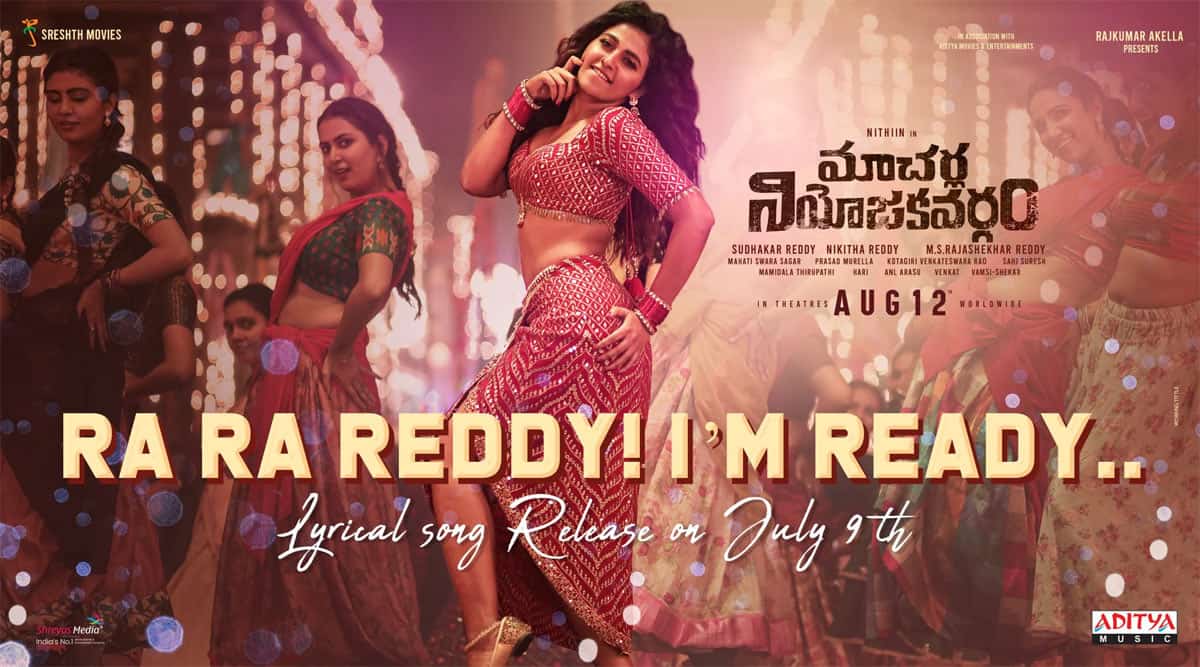 As we reported earlier, actress Anjali will be sizzling in a special song in hero Nithiin’s upcoming film Macherla Niyojakavargam being directed by MS Rajashekhar Reddy. The makers who earlier revealed her look have unveiled another poster to announce the time to launch the song.

As we can see in this poster, the song Ra Ra Reddy! I’m Ready will be out on 9th of this month. Anjali poses naughtily in the poster and she looks sexy. Apparently, the actress oozed enough oomph in the song where she will be seen shaking her leg opposite Nithiin. Mahati Swara Sagar provided music for the movie.

Krithi Shetty and Catherine Tresa are the leading ladies in the movie produced by Sreshth Movies banner. The film is tipped to be a political action thriller. It is up for release on August 12th.