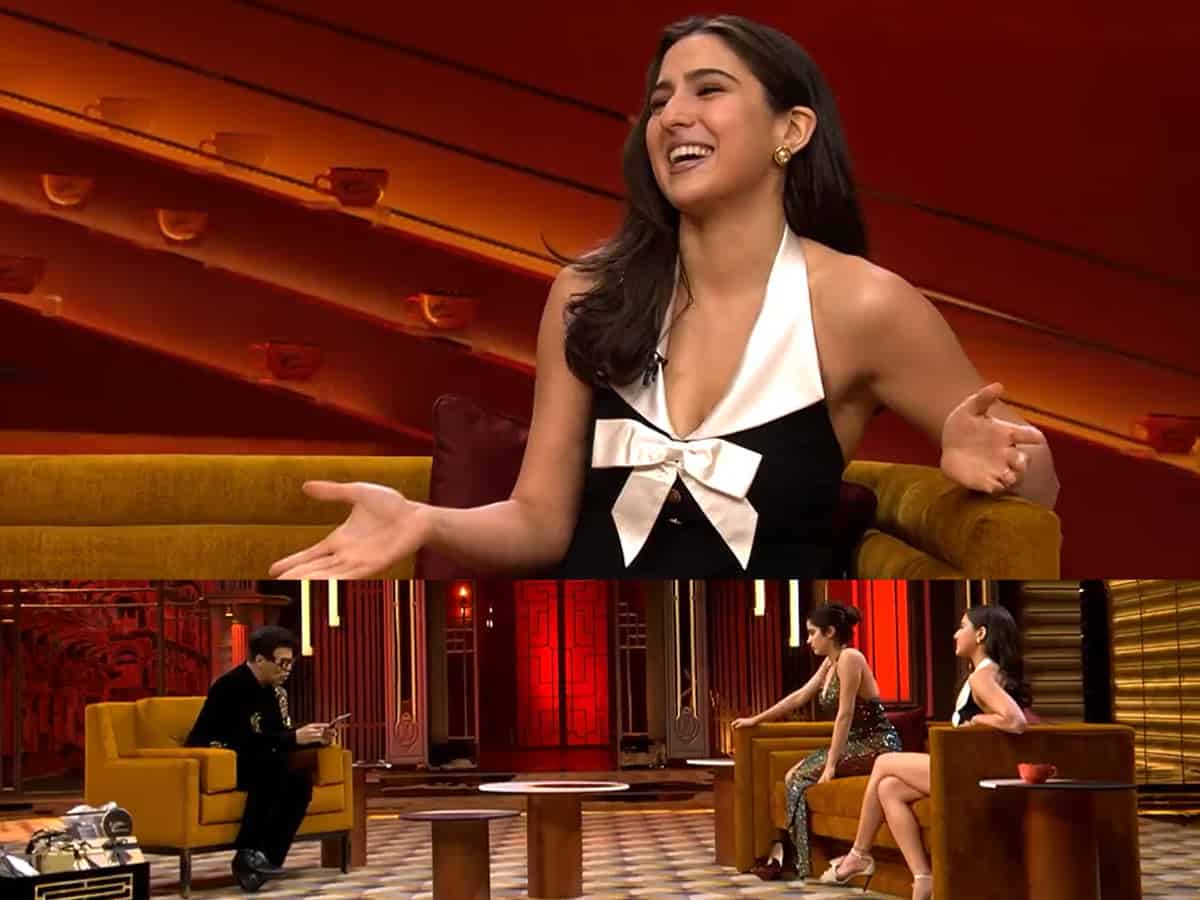 The trailer for the new season of Koffee With Karan is out and the cut was so entertaining that each line from that is coming out as a piece of news or gossip. Samantha’s KGF counter to Karan Johar is already a hit and now Janhvi and Sara’s subtle satire appears to be a dig at ‘everyone’s ex.’

Karan Johar asks ‘One reason why your ex is your ex’ and for which Sara responds, ‘cuz he’s everyone’s ex’. It clearly looks like an indirect dig at her rumored ex Kartik Aaryan.

Karthik Aaryan was earlier linked with Ananya Pandey, Janhvi Kapoor, and Sara Ali Khan. The rumors about the alleged relationship between Sara Ali Khan and Kartik Aryan started with Love Aaj Kal 2 shooting and it garnered a lot of attention for almost a year.

In the latest season, the actors who will be seen on the couch include Alia Bhatt and Ranveer Singh, Akshay Kumar and Samantha Ruth Prabhu, Anil Kapoor and Varun Dhawan, Ananya Panday and Vijay Deverakonda, Janhvi Kapoor and Sara Ali Khan, Tiger Shroff and Kriti Sanon, and Shahid Kapoor and Kiara Advani.