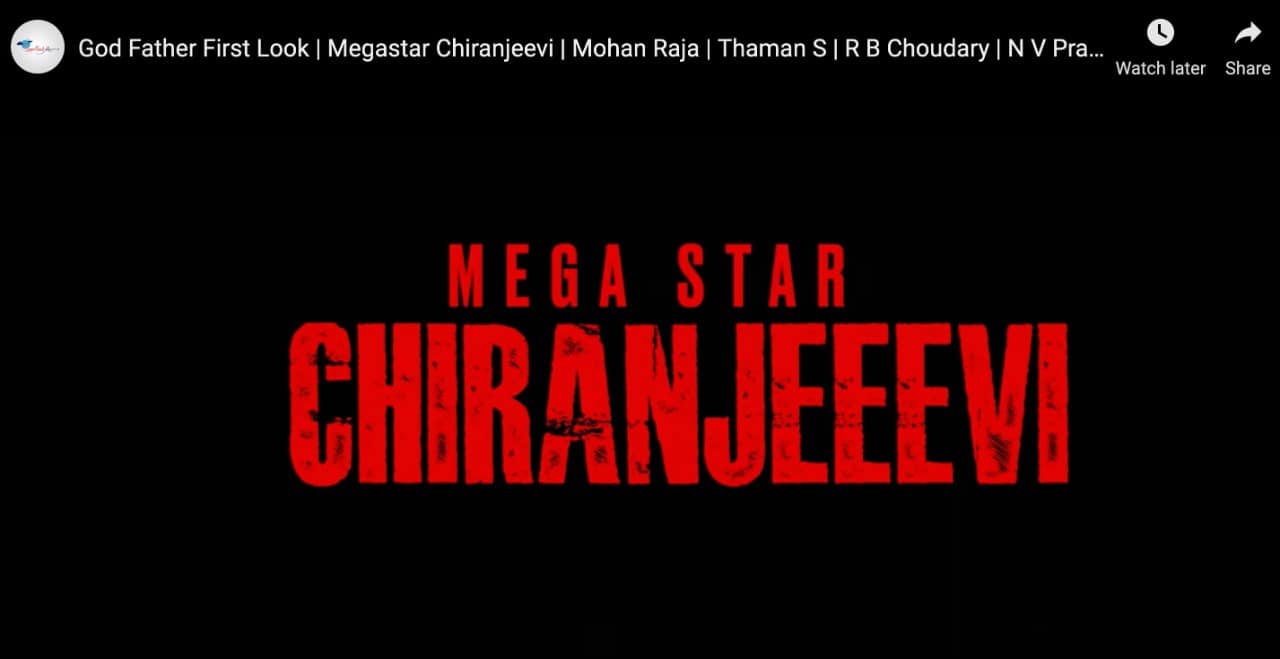 Megastar Chiranjeevi has done ample changes to his upcoming films if the talk coming from Film Nagar is to be believed. After the debacle of ‘Acharya’, all of his projects including Godfather, Bhola Shankar and Waltair Veerayya saw a humongous change in script and budgets as well. And it looks like Megastar started to believe in some numerology sentiments as well now.

In the recently released first look teaser of “Godfather”, apparently Megastar Chiranjeevi’s name was spelled with an extra ‘e’, thus being written as Chiranjeeevi. Whether that is a spelling mistake or any other promotional stunt is not known, but insiders revealed that it happens to be a numerological correction. However, we cannot believe that it is a numerology sentiment.

With the name ‘Megastar Chiranjeevi’, the Megastar has climbed to the pinnacle and hoisted his flag there which is being undisturbed by anyone from decades. All of a sudden, with one flop movie in his kitty, there is no need for him to change the name and add another ‘e’ to the spelling like how a Tamannaah or Ohmkar have done, as if he is just beginning in films.