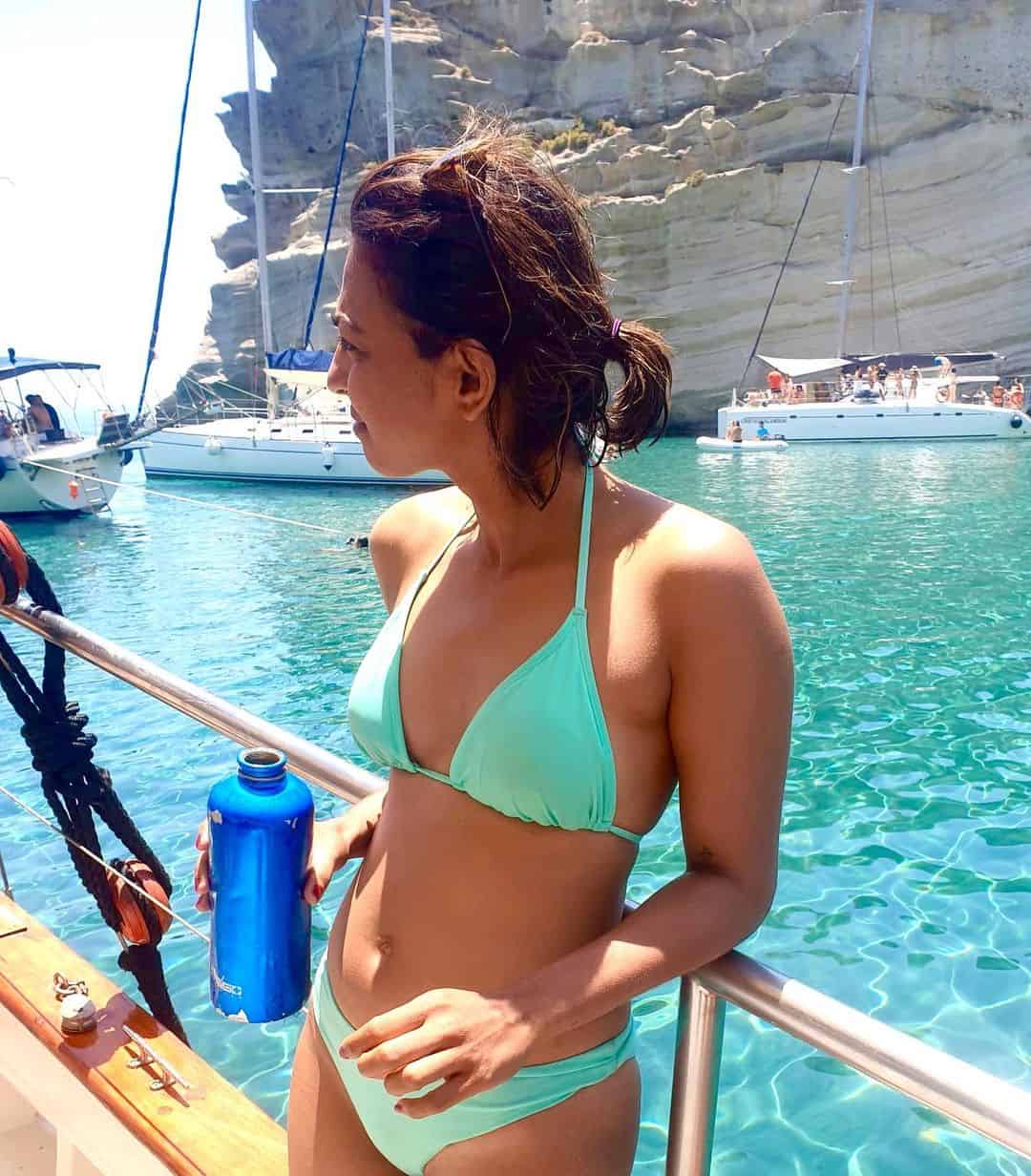 Radhika Apte is one of the supremely talented actresses of this generation. She has played various kinds of roles in her career. But we don’t often see her in glamorous roles.

Thus, audiences remember her only for simple and realistic roles. However, Radhika is trying to shed that image by sharing some of her tempting real-life pictures.

She was on a vacation recently and has posted irresistible bikini pictures of herself. Now, she took to Instagram to share another bikini picture.

In this photo, we can see Radhika in an aqua-blue bikini. Even by posing casually, Radhika is oozing hotness through this picture.

“Missing the (sea emoji) #backtowork #phew #holidaynostalgia #summertime,” she captioned the picture. Fans are swooning over her beauty after watching this photo. They are now requesting her to do glamorous roles as well in the coming days.

On the career front, Radhika was recently seen in the film Forensic. It had a direct digital release on Zee5.