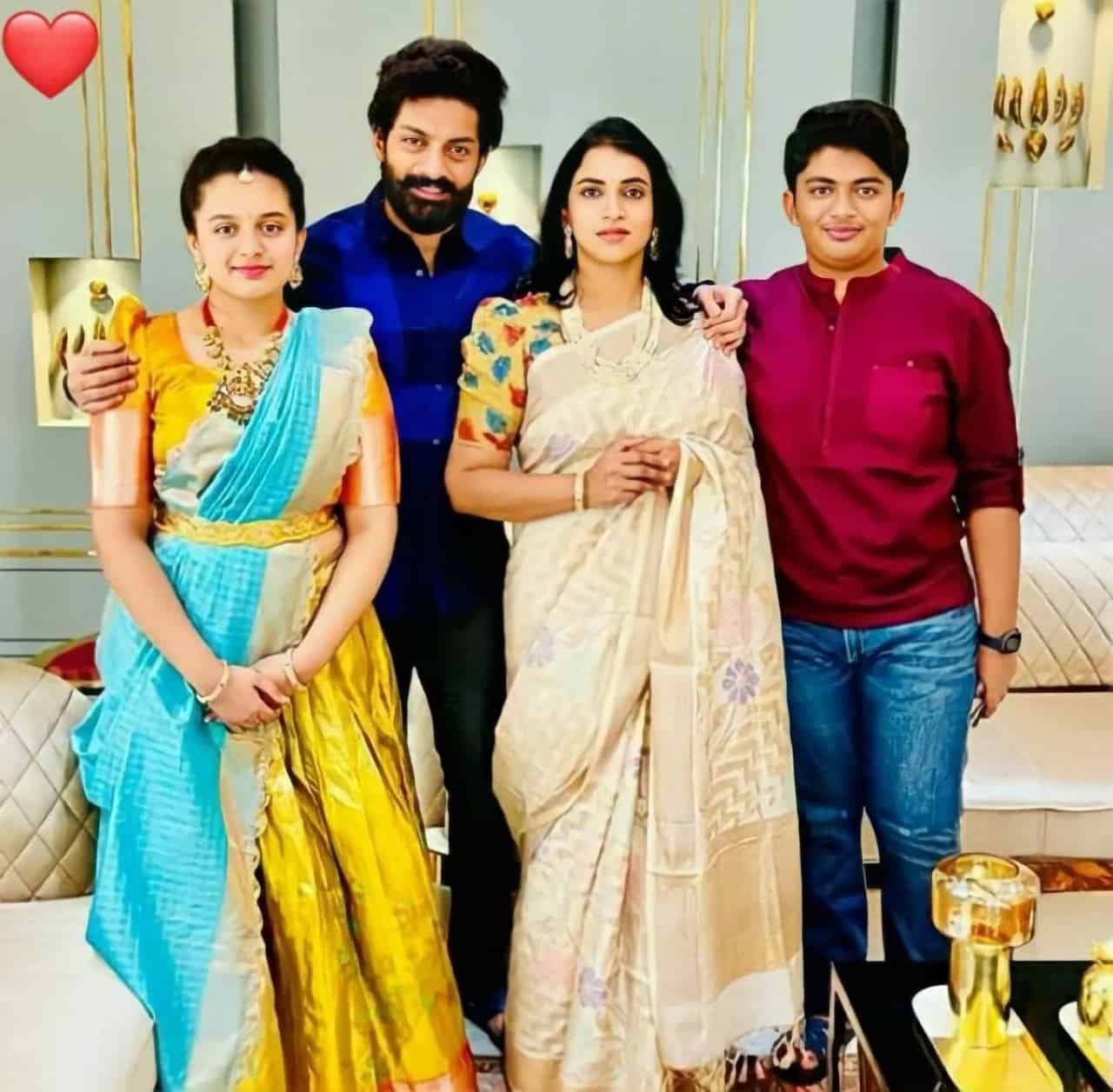 Nandamuri Kalyan Ram is one of the noted actors in Telugu cinema. He is now coming back to the silver screens with his new film Bimbisara, which is slated for a worldwide release on August 5.

In this photo, Kalyan Ram is seen alongside his wife Swathi, daughter Taraka Advaitha and son Sourya Ram. Both his kids are in their teenage. This family picture looks beautiful and fans are loving it as well.

Generally, we don’t get a chance to see Kalyan Ram’s family in public. Thus, this photo is now trending all over the internet.

Coming back to Bimbisara, the film’s trailer was unveiled a couple of days ago and has been receiving a good response from the viewers. Debutant Vashisht has directed the project.