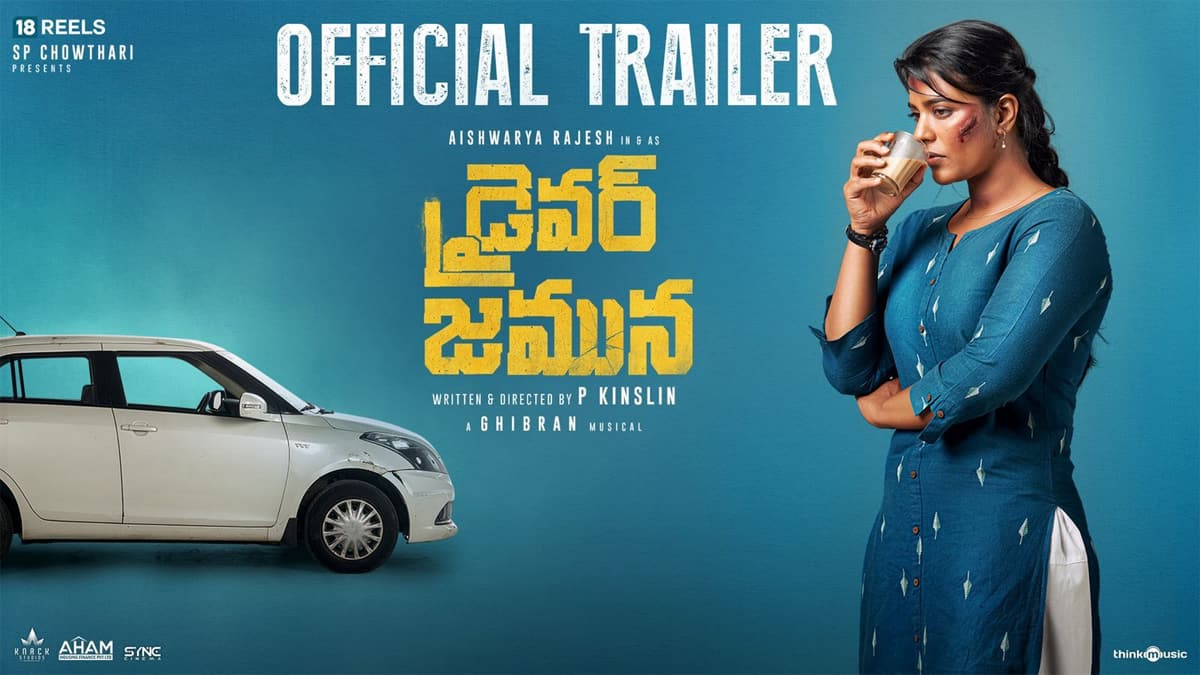 Aishwarya Rajesh who is known for coming up with content-based films is coming up with Driver Jamuna, an out and out road film. The trailer of the film is out now.

Aishwarya Rajesh becomes a cab driver even though her family members oppose it. But she runs into a big trouble as Kadapa gang boards the cab bringing life threat to her.

The ninety minutes ride is interestingly narrated with lots of thrill and pacy screenplay.

The trailer is interesting with Aishwarya Rajesh’s performance and suspense. Ghibran’s background score elevates the proceedings.

Directed by Pa. Kinslin, the film will have simultaneous release in Telugu, Tamil, Kannada and Malayalam languages. The release date will be announced soon.