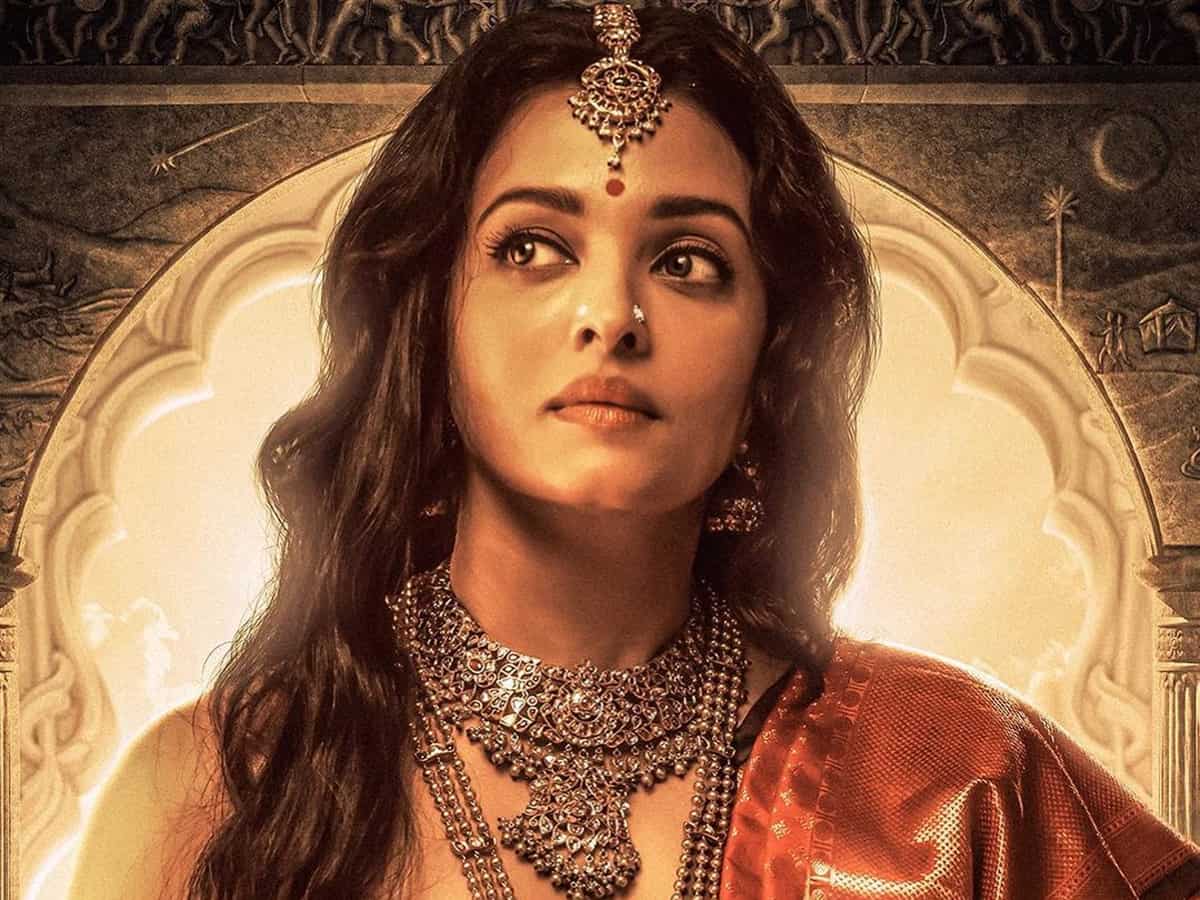 Mani Ratnam’s most anticipated multistarrer period drama Ponniyin Selvan gave yet another update. After the first look of Karthi yesterday, here comes a new poster with Aishwarya Rai Bachchan in it.

Aishwarya Rai’s look from Ponniyin Selvan has been revealed and she looked gorgeous in a red ensemble. The caption of the poster is ‘Vengeance has a beautiful face! Meet Nandini, the Queen of Pazhuvoor. PS1 releasing in theaters on 30th September in Tamil, Hindi, Telugu, Malayalam, and Kannada.’

The period drama is based on Kali Krishnamurthy’s novel Ponniyin Selvan.