Vikram Is Back; All The Doubts Cleared 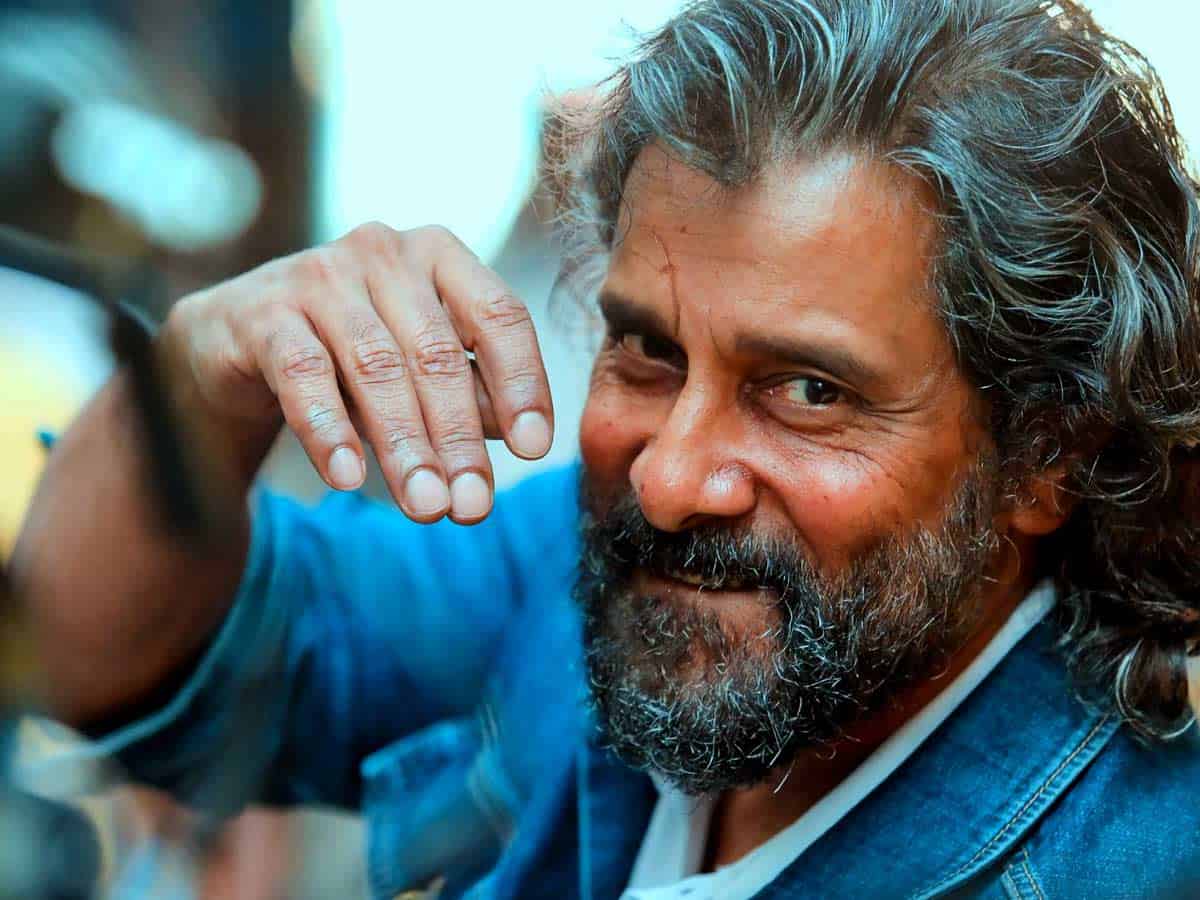 At a time when the teaser of Mani Ratnam’s “Ponniyan Selvan 1” is making waves, what shocked the film lovers is the absence of versatile actor, hero Vikram at the trailer launch event. That morning, he was hospitalised and the rumours were spread that he got chest pain. However, his son Dhruv and hospital bulletins have clarified that there is nothing such.

Finally, the lion himself got out today for the release-event of his upcoming film “Cobra”. Vikram appeared dapper as usual and super fit and spread huge radiance all over with his lovely smile. After taking the mic later, the hero even stated that watching some thumbnails on YouTube has upset him a lot. Yeah, there are certain videos about Vikram’s health on the video streaming site, where Vikram’s head is actually attached to a patient in terrible condition.

The hero revealed that he is hale and hearty, and going by his gracious presence we wouldn’t ask for more. Also, his presence has clarified all the doubts about his ill-health and put a check on rumours as well. Within the next few months, Vikram will be seen on the silver screen in some amazing films like PS1 and Cobra as well.