All Hopes Of First Day On ‘Bullet Song’ Only 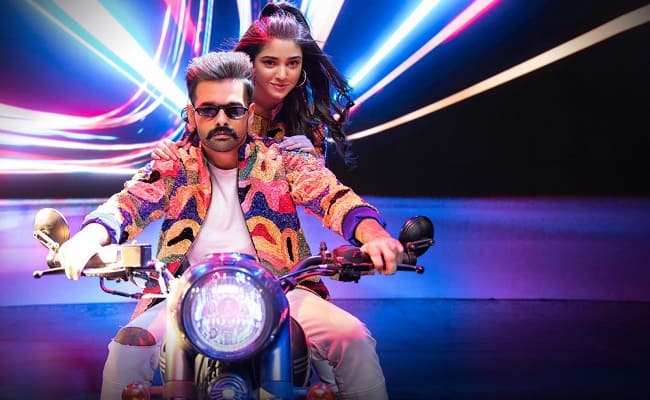 Hero Ram Pothineni is expecting to make it big out of his “Ismart Shankar” success for a long time and calling himself Ustaad too. But then, ‘Red’ came as a successor of Ismart, and it didn’t succeed at the box office. And now he is coming up with Linguswamy’s The Warrior, which is hitting cinemas this weekend.

While the trailer of ‘The Warrior’ is packed with loads of action and commercial elements, these days people are not believing in such massy trailers until the film hits cinemas and gets a terrific talk from the first show. And to pull audience to theatres, the only biggest weapon that is working in favour of Ram is the Bullet Song. The makers have depended heavily on this song now to pull the crowds.

Already Bullet Song’s video went viral on YouTube with millions of views and the lyrical video consists of all the behind-the-scenes and visuals of the song. And now, two separate videos, a promo of the final song visuals and another promo of making-of the song are released to grab attention. However, both these new videos consist visuals from the lyrical video that was already released. And this explains how much the makers are betting on this song.

Well, depending on just one superhit song we can’t expect miracles but if the makers could get it right with content, then ‘The Warrior’ will have a field day.