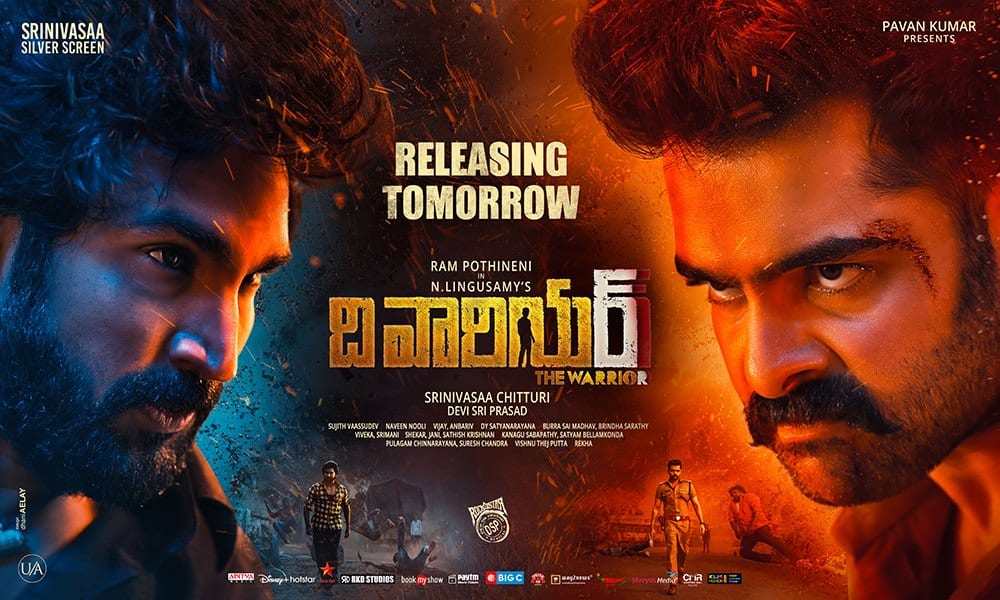 Usthaad Ram Pothineni’s ‘The Warriorr’ is hitting the screens this Friday. The trailer is appealing with Ram as a sincere and powerful cop in Kurnool. As the DSP, Ram seems to be locking horns with the baddie ‘Guru’ played by Aadi Pinisetty. The trailer flaunted all the ingredients of Warrior that a commercial potboiler has to have. But there seems to be a big twist within it.

A strict and unstoppable cop twisting the arms of a villain is not new, even if the taking and presentation are all new. If it is a regular cop drama, Ram would have turned it down right away. So, there must be something that amazed him. If the insider reports are to be believed, The Warriorr is having Ram in a double role or a double getup!

In his previous film Red, Ram played a dual role and the two characters play the people around by hiding it. It looks like The Warriorr also has got one similar surprise, but a bigger and better one. In the trailer of The Warriorr, Ram talks about medicines and treatment as a cop, but the last frame shows a glimpse of him in a doctor’s apron.

We never know if these are hints, but it would be great to experience the revelation on the big screen