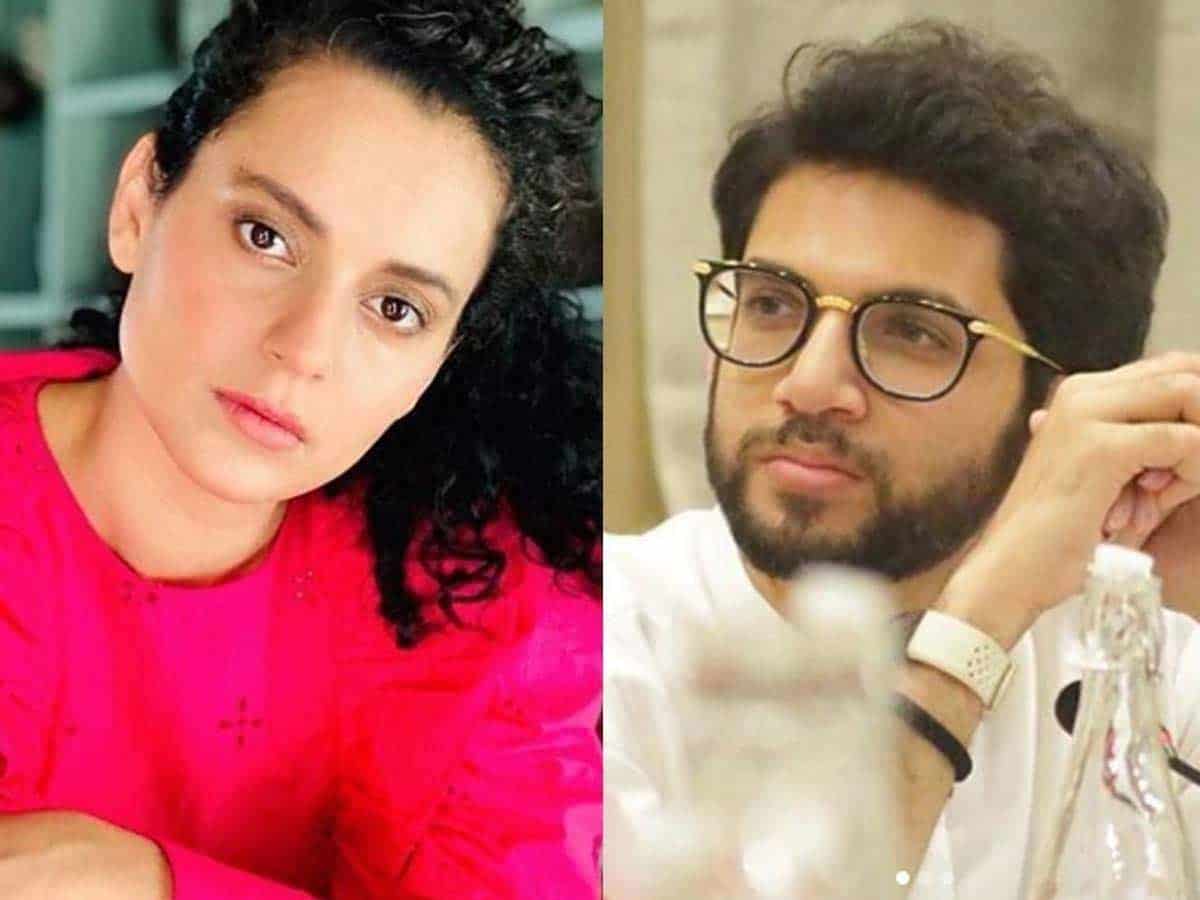 Heroine Kangana Ranaut is attacking Big Bollywood celebrities from some time calling them as nepotism gang and bullying mafia. But never she is seen locking horns with politicians until now. Looks like Kangana has stepped into that arena as well now.

Other day, giving clarity over the allegations that he has attended the party at Sushant Rajput’s house, a day before the actor’s death, Maharashtra CM Uddhav Thackeray’s son Adithay Thackeray clarified that he hasn’t even met Sushant anytime. As many media houses spreading the news that there is a high-level politician involved in the mystery of Sushant’s death, all fingers are pointed at Aditya by the media and the clues they gave in stories.

Aditya stated that he don’t want to do politics over a dead body and asked his detractors refrain doing the same. Reacting on this, Kangana’s official Twitter handle that goes by the name “Team Kangana Ranaut” has stated that how Aditya’s father became CM is the case study for dirty politics. And then the team has shot a bunch of questions to Aditya regarding Sushant’s death case.

Despite the fact that Kangana stays in Mumbai and these words are straightly hitting at the Chief Minister, one wonders if she is able to make such comments by all alone. No doubt, they say that she has huge backing from the ruling BJP which is looking to create cracks in Shivasena-NCP alliance government that is ruling the state, some say.