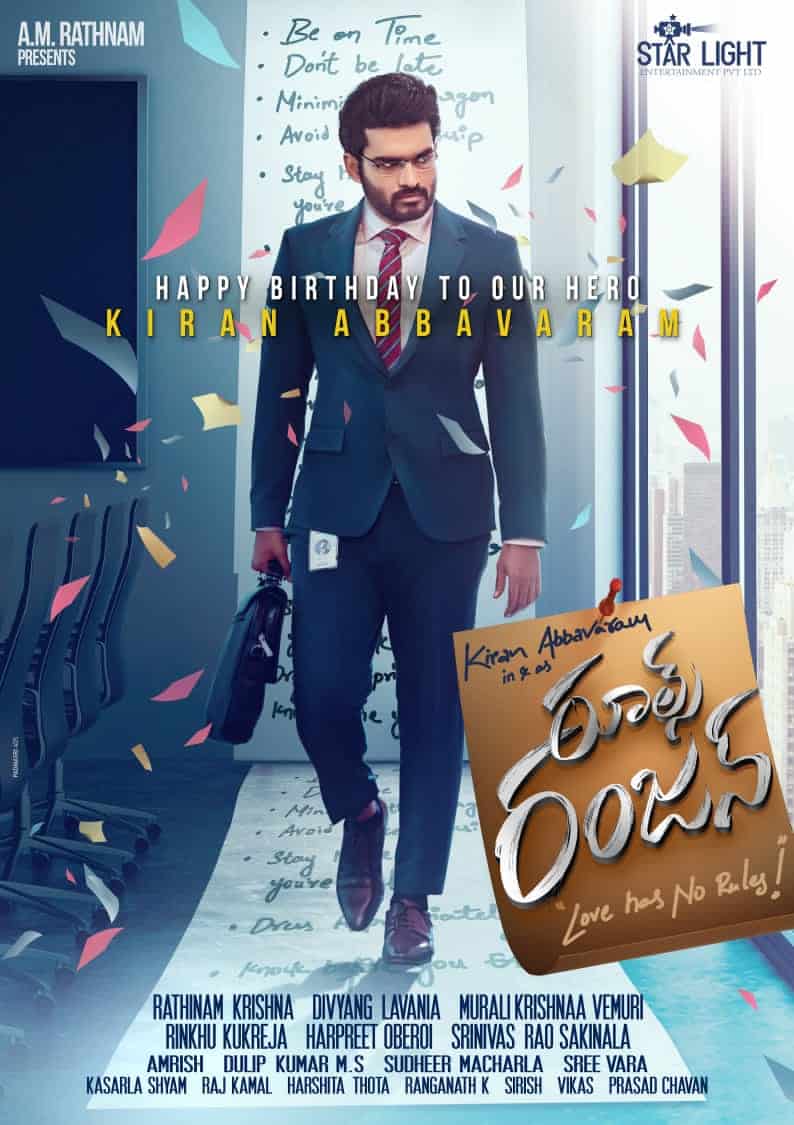 Kiran Abbavaram is romancing Neha Shetty, of DJ Till fame. This combination has raised a lot of curiosity. The film has been titled as ‘Rules Ranjann’. Coinciding with Kiran’s birthday on 15th July, the makers have unveiled the first look glimpse. Deviating away from the mass tag that he earned from earlier performances, Kiran Abbavaram looks dapper as he donned a classy look in the formal suit.

The actor from Rayalaseema has amassed good fanbase for his onscreen performances in movies like ‘Raaja Vaaru Ravi Gaaru’, ‘SR Kalyanamandapam’, ‘Sebastian P.C 524’ and the recent one ‘Sammathame’. His next ‘Rules Ranjann’ too has higher expectations from the fans. Directed by Rathinam Krishna, the film is being jointly produced by Divyang Lavania and V Murali Krishna under Star Light Entertainments Pvt. Ltd. The film is being presented by AM Rathnam.

Currently, the film’s shooting is going on at a brisk pace. A massive star cast from both Tollywood and Bollywood has joined the first schedule.

Music is being composed by Amresh Ganesh while Duleep Kumar is the cinematographer. M Sudheer is the art director for the film while Varaprasad is the editor. The story is written and directed by Rathinam Krishna.