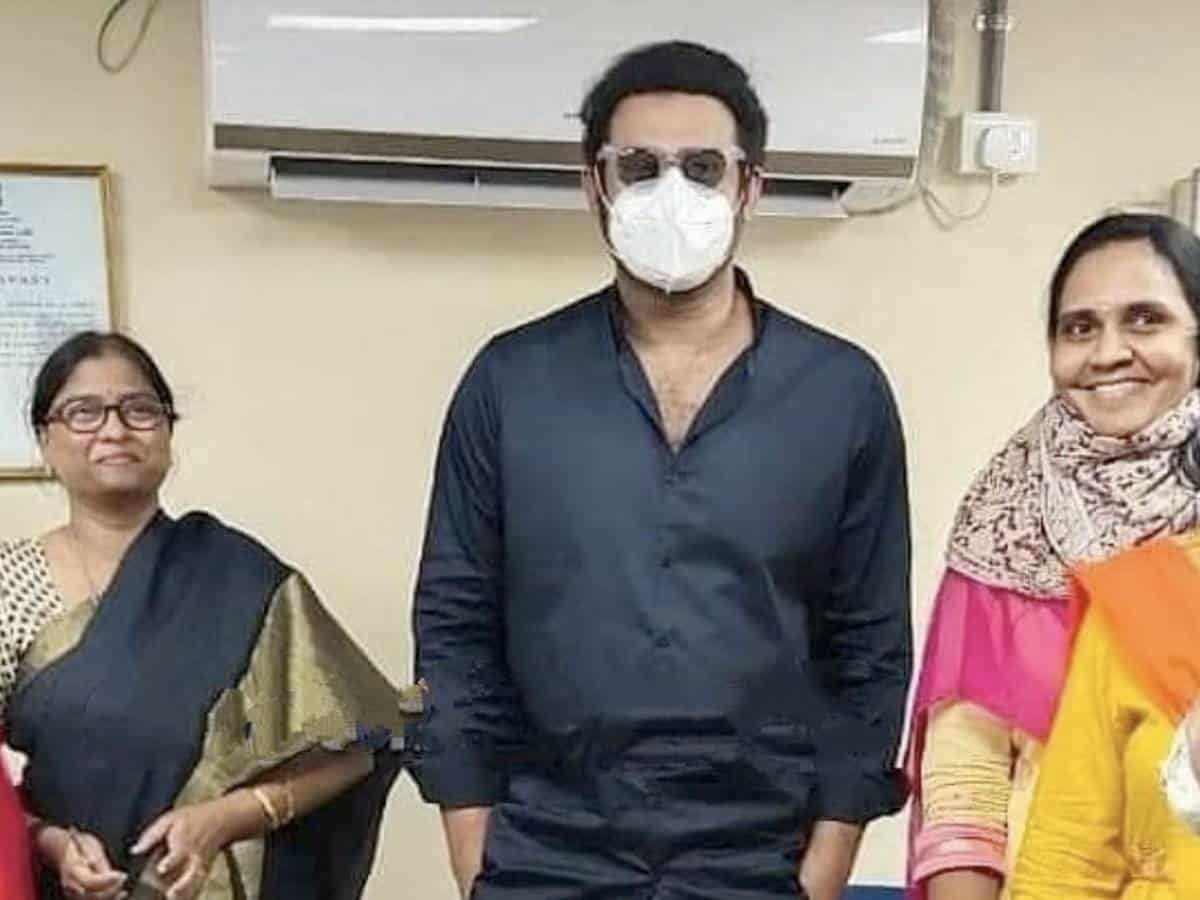 Baahubali star Prabhas on Thursday made a rare public appearance. Going into details, Prabhas reached Khairatabad RTA office for the registration of his newly bought car. For formalities and a fancy number, personal presence is a must and accordingly Prabhas was at the RTA office.

However, upon Prabhas arrival, the staff at the RTA office got too excited and as soon as he is done with the formalities, many stormed at him for a picture. Among them were ladies too and Prabhas patiently clicked pictures with them and left the RTA office.

Fans also got information about Prabhas’ presence and they too reached the RTA office in good numbers. The RTA officials made arrangements forehand to avoid any unwanted incident.