Public Talk: The Worst Item Song Of The Year 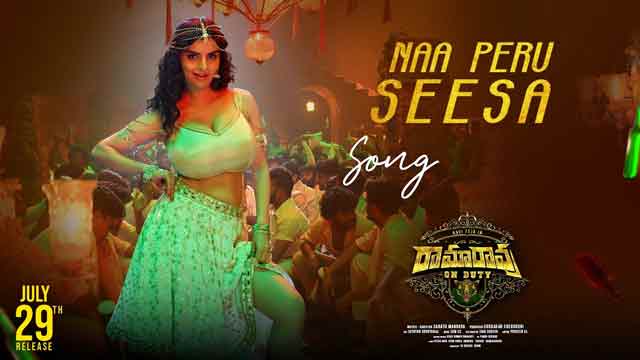 The song “Oo Antava Oo Oo Antava” from Pushpa has simply shaken the whole of the country. Before that, the likes of “Irukkupo Dheera Dheera” from Baahubai, “Jigelu Rani” from Rangasthalam have literally shaken Telugu states as well. So, why did this topic of carving out an item song become viral now?

Directors like Rajamouli and Sukumar not only give a dramatic touch to the narrative of a film, but they also find the right place to insert the item number. At the same time, they are very good at carving those songs in the right way while their tunes and lyrics do half the job.

After watching the much hyped ‘Seesa’ song in “Ramarao On Duty” which was released other day, we are hearing that many audiences has walked out of their seats while this song is being screened. Some say that ‘Sessa’ is the worst item song in the recent times.

Other than Anveshi Jain’s bulky glamour treat, there is nothing this song boasts about as the poor tune, improper lyrics and pathetic picturization failed to create impact.

This being the first song of the film, the makers should have taken more care about it such that it would become not only a viral song but also shakes masses inside the auditorium. Definitely, creating an item number is an art which the likes of Rajamouli and Sukumar mastered it quite efficiently.