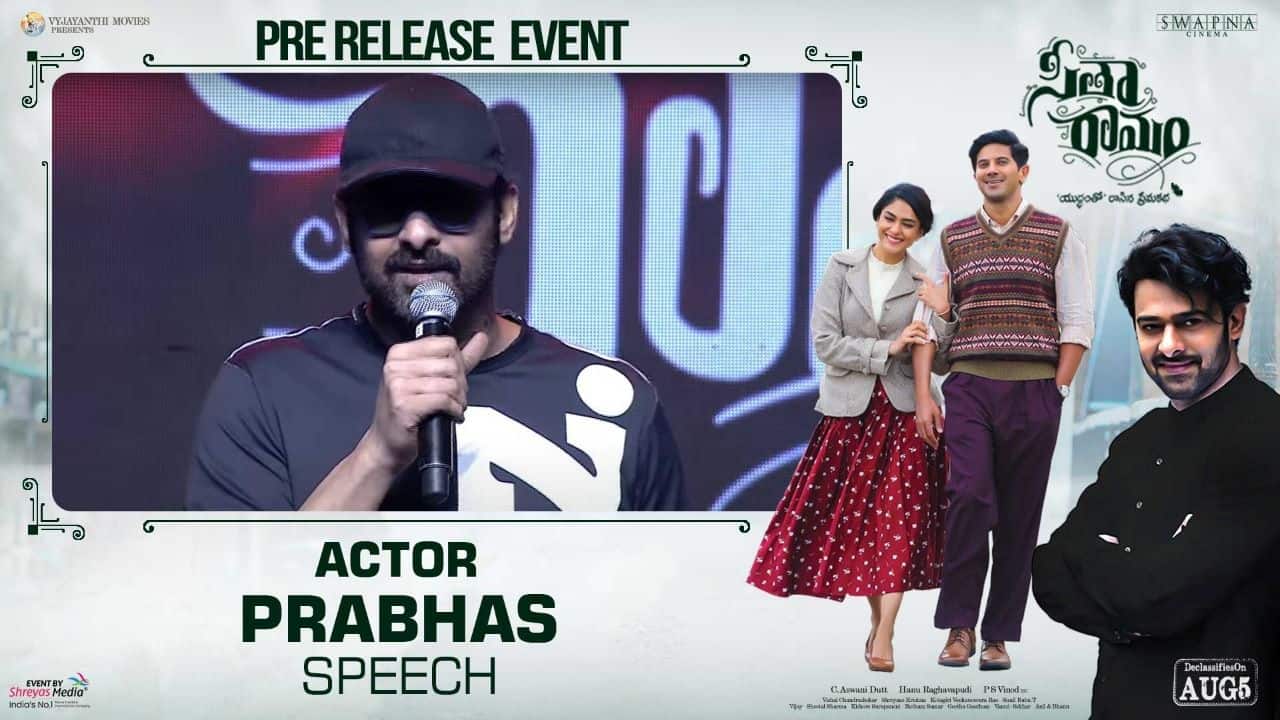 Sita Ramam is one of the upcoming films in Telugu. Directed by Hanu Raghavapudi, the film features Dulquer Salmaan and Mrunal Thakur in the lead roles. Prabhas, who attended the film’s pre-release event as a chief guest, purchased the film’s first ticket for 100 rupees. With this, the makers also stated that the film’s tickets are priced at 100 rupees only.

“Swapna garu is the most passionate producer. I came to the event only for Swapna,” said Prabhas.

“The film’s trailer is extraordinary. Dulquer Salmaan is the most handsome hero in the country,” Prabhas showered compliments on Dulquer and the film unit.

“It looks like the film is just not a love story. There are other elements too. I have watched Hanu’s films in the past. He is one of the most beautiful directors we have. The film looks poetic,” said Prabhas.

“If Sumanth does a character, it means it is special. I am eager to know what he has played in the film,” Prabhas said.

Prabhas also heaped praises on the film’s producer Ashwini Dutt saying that he is one of the iconic producers in the film industry.

“We should watch some films only in theatres. Sita Ramam is a Theatre Film. Theatre is a temple for all of us.

Sita Ramam also features Rashmika Mandanna, Sumanth, Tharun Bhasckar, and others. The film is produced by Swapna Cinema. The movie is hitting the screens on the 5th of this month.