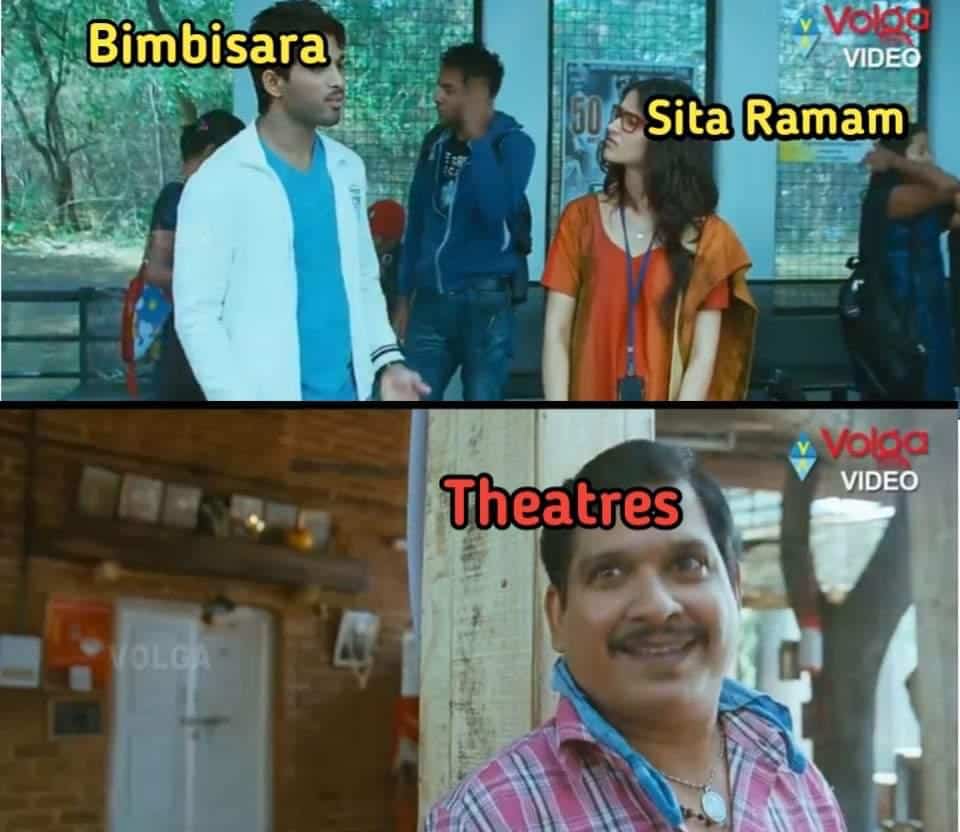 Tollywood is witnessing two films in theatres today. Fortunately, both films carry a positive buzz among the audiences. One of them is Sita Ramam, and the other one is Bimbisara.

It is a mix of class and mass at the theatres today, and the netizens are creating memes around it.

In July, all the films that were released in theatres failed to impress the audiences, and they are genuinely waiting for an entertaining movie. With Sita Ramam and Bimbisara, everyone hopes the theatrical business will improve.

Sita Ramam audio album is a big hit, and the theatrical trailer also impressed everyone. Dulquer Salmaan and Mrunal Thakur play the lead roles in it. Directed by Hanu Raghavapudi, the film is produced by Vyjayanthi Movies.

On the other hand, Kalyan Ram plays the titular role in Bimbisara. Directed by a newcomer Vasisth, the film also features Catherine Tresa and Samyuktha Menon in the female lead roles.

Let us hope that the two films become a big hit at the box office.