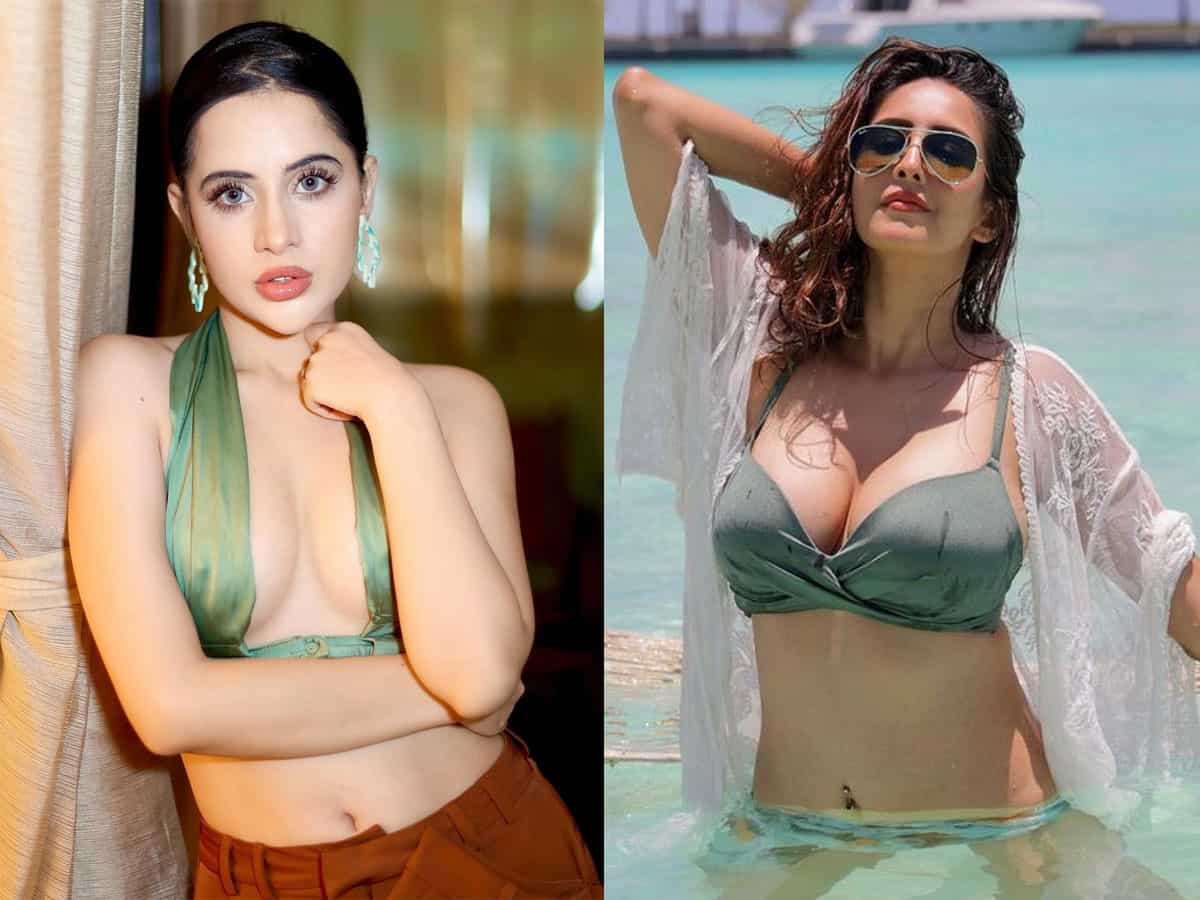 Bigg Boss OTT fame Urfi Javed has become a pap favorite. She makes appearances in her unique fashion sense and she gets trolled many a time for the same. Urfi never sits back when someone famous trolls or comments on her looks. Television actress Chahhat Khanna commented that Urfi’s fashion was ‘Cheap’ and Urfi came down heavily on her with more personal comments.

Earlier, Chahhat Khanna posted Urfi’s photos from her latest appearance in a yellow dupatta dress. She wrote, ‘Who wears this? And on streets?’ Chahhat Khanna says how Indian media is so vulnerable and is making anyone who removes their clothes a celebrity. Aiming her comments at the paps and media, Chahhat further asked why they are promoting this cheap show to our generation. She even mentioned the paid spotting acts of Urfi Javed.

Urfi took it up from there and showered a series of personal comments on Chahhat Khanna. Urfi started with Chahhat’s Instagram followers comparing it to her meager likes for her content. Urfi even compared herself to Ranveer who bared it all for a photoshoot recently. Urfi called Chahhat jealous and even brought up her two divorces and living on alimony.

Chahhat replied to some of the comments of Urfi Javed as she wanted to clarify it all to her followers on Instagram. Urfi says, ‘I ain’t coming to you judging how you love your life. Idk what these aunties have against me lol.’