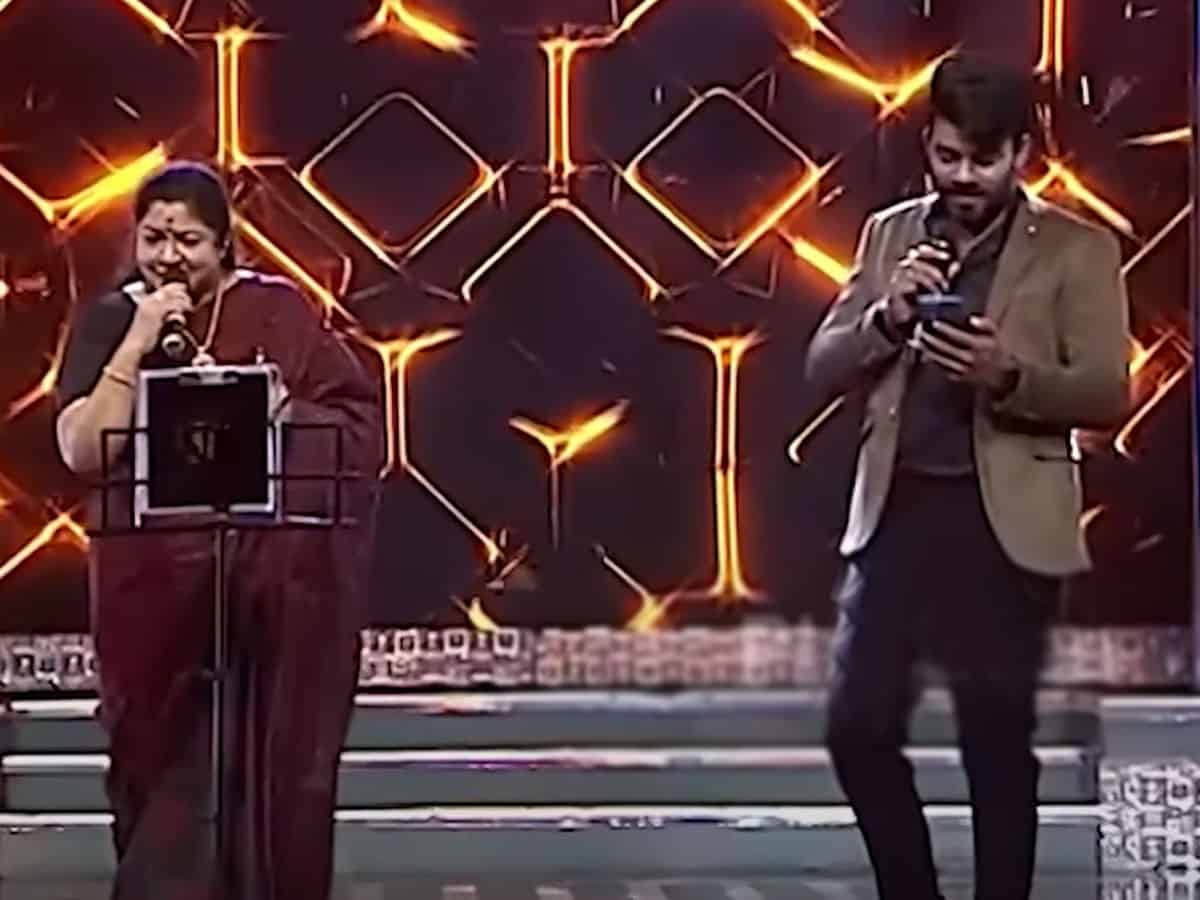 Television shows are more about the TRPs, but there were shows that were pleasant and focused only on bringing the talent out. Of late these shows turned more hybrid with different genres mixed. The comedians turned into the hosts of a singing show and now they are even singing along the legendary singers.

The latest episode of a singing show had Jabardasth comedian Sudgali Sudheer singing a duet with senior singer Chitra. The super hit song Andham Hindholam was sung by them both, but it got many music lovers upset to the core. The video went viral and many started trolling Sudhigali Sudheer.

One comment read, ‘Feeling sad for Chitramma’ and many others echoed the same feeling. Sudigali Sudheer is a talented comedian, but making him sing a duet with Chitramma is unfair, according to many music lovers. There were many trolls about the show for letting the comedy takeover the music.

For those who have enjoyed the great shows hosted by late SPB and the performances by him, the recent shows are more irritating. Even the superhit singing show hosted for years by SPB now turned very artificial.

It looks like the days of pure talent shows are long gone and it is all TRPs that matter now.