Pic Of The Day: Daggubati Trio 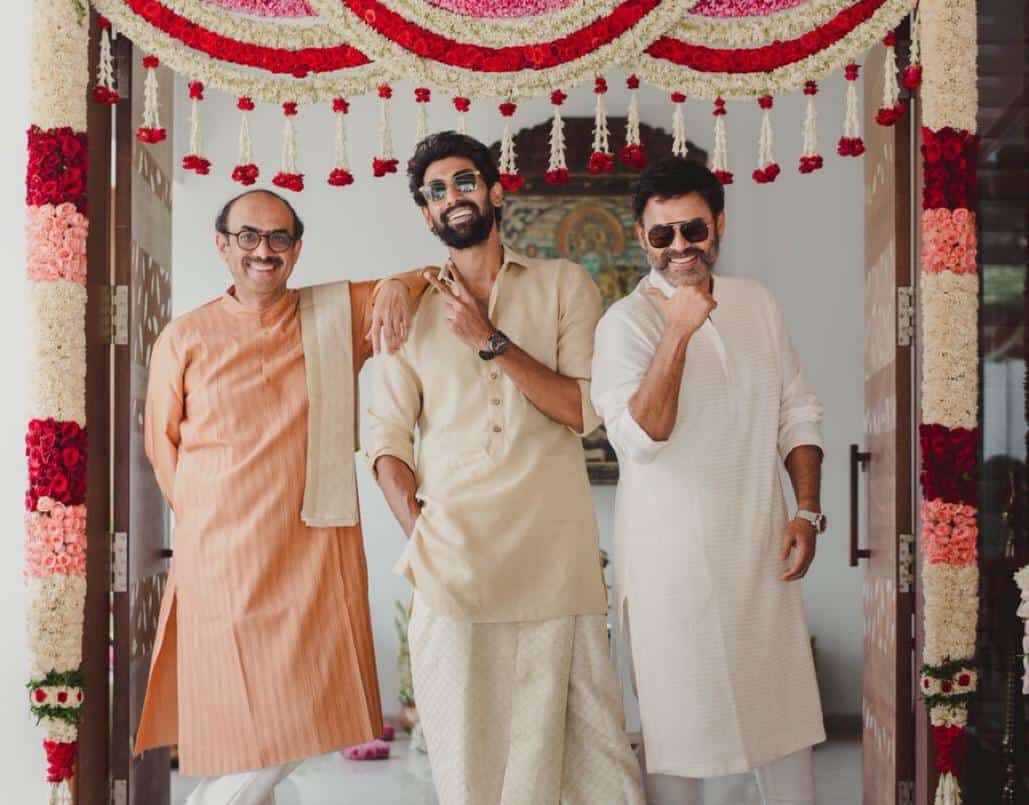 Rana Daggubati, the Pelli Koduku, struck a pose with his dad Suresh Babu and Babayi Venkatesh. This pic of Daggubati trio is going viral online as fans of Daggubati clan are widely sharing the picture.

Rana is tying the knot with girlfriend Miheeka Bajaj today in a private ceremony confined to family members and close friends of the couple. The attendance is strictly limited to 30 to 50 people. The wedding is taking place in Ramanaidu Studios.

The Baahubali actor had first met his love interest Miheeka Bajaj through his cousin Ashritha, daughter of Venkatesh. Miheeka happens to be Ashritha’s classmate and that’s how the duo got to know each other. So, finally it was Ashritha Daggubati who played the role of match-maker between the couple. Rana and Miheeka got engaged in May this year in the presence of families of the couple.