Suriya Asks Paps Not To Click Pics Of His Children 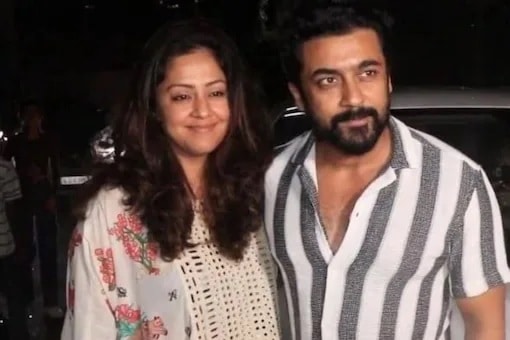 Actor Suriya, who is known for his calm and polite nature recently showed his impatience towards a cameraman who tried to capture pictures of his children.

Currently, Suriya is doing a movie titled, Vaadi Vaasal. However taking a break, for the past few days, Suriya is spending his free time with his family. As a part of it, Surya, recently landed in Mumbai with his family. During this Vacation, Suriya, Jyotika and their children, Diya and Dev, were spotted dining at a restaurant in Mumbai.

After coming out of the restaurant, the two actors posed for the photographers outside the venue. However, during this photoshoot, Jyotika casually asked her children to stand aside.

Marking the same, a video taken during this is doing rounds in social media.