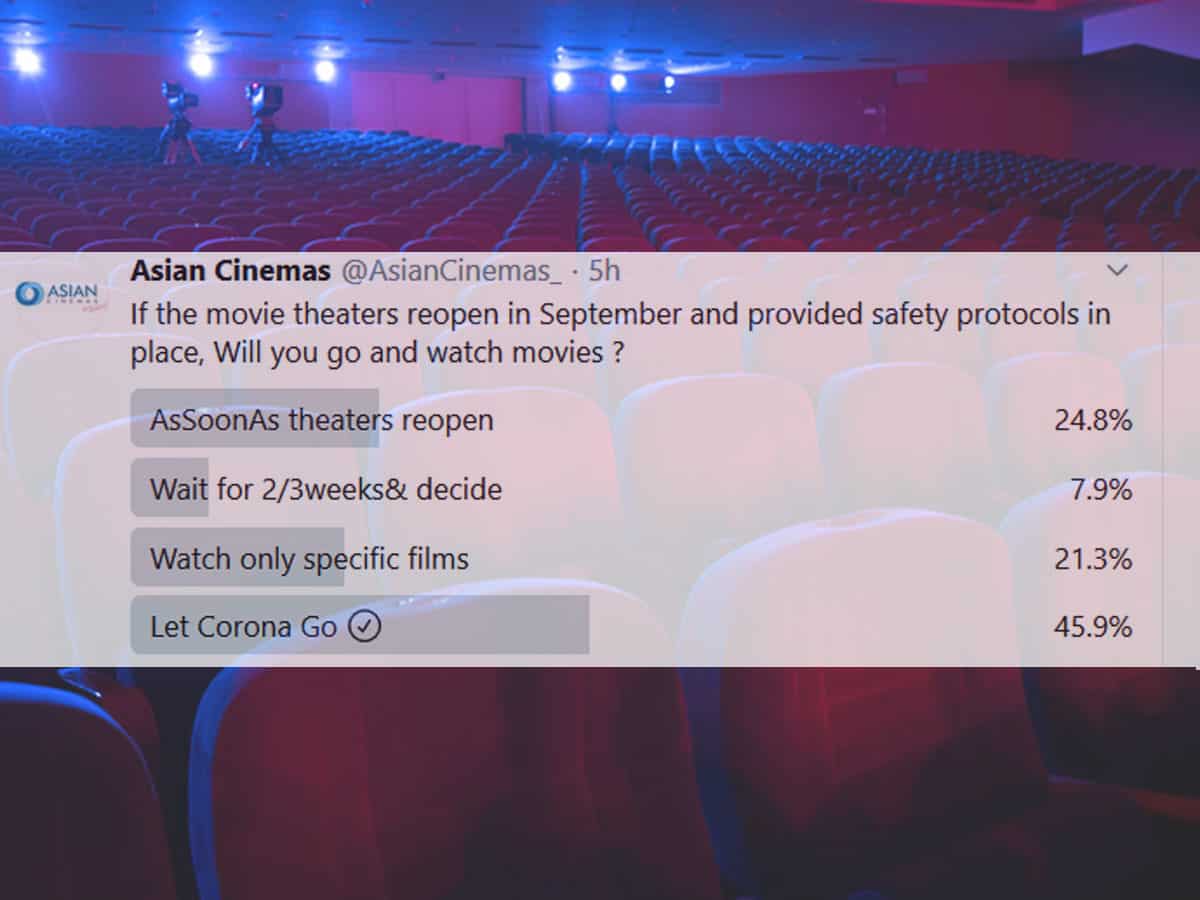 Not just the multiplex owners association but many single-screen theatre owners expressed their displeasure that Govt Of India allowed gyms to function, but haven’t let theatres to roll out their operations again. However, it looks like most of the people are also not interested to go to theatres if they are opened.

In an online survey conducted by a multiplex-chain owner of Telangana, it has come out that nearly 48% of people don’t want to go to theatres even if they are re-opened. They have all collectively said, “Go Corona Go”, which means that they will come to theatres only after Covid-19 leaves the society forever.

In this scenario, even if theatre are opened, it will not be a profitable business for sure.