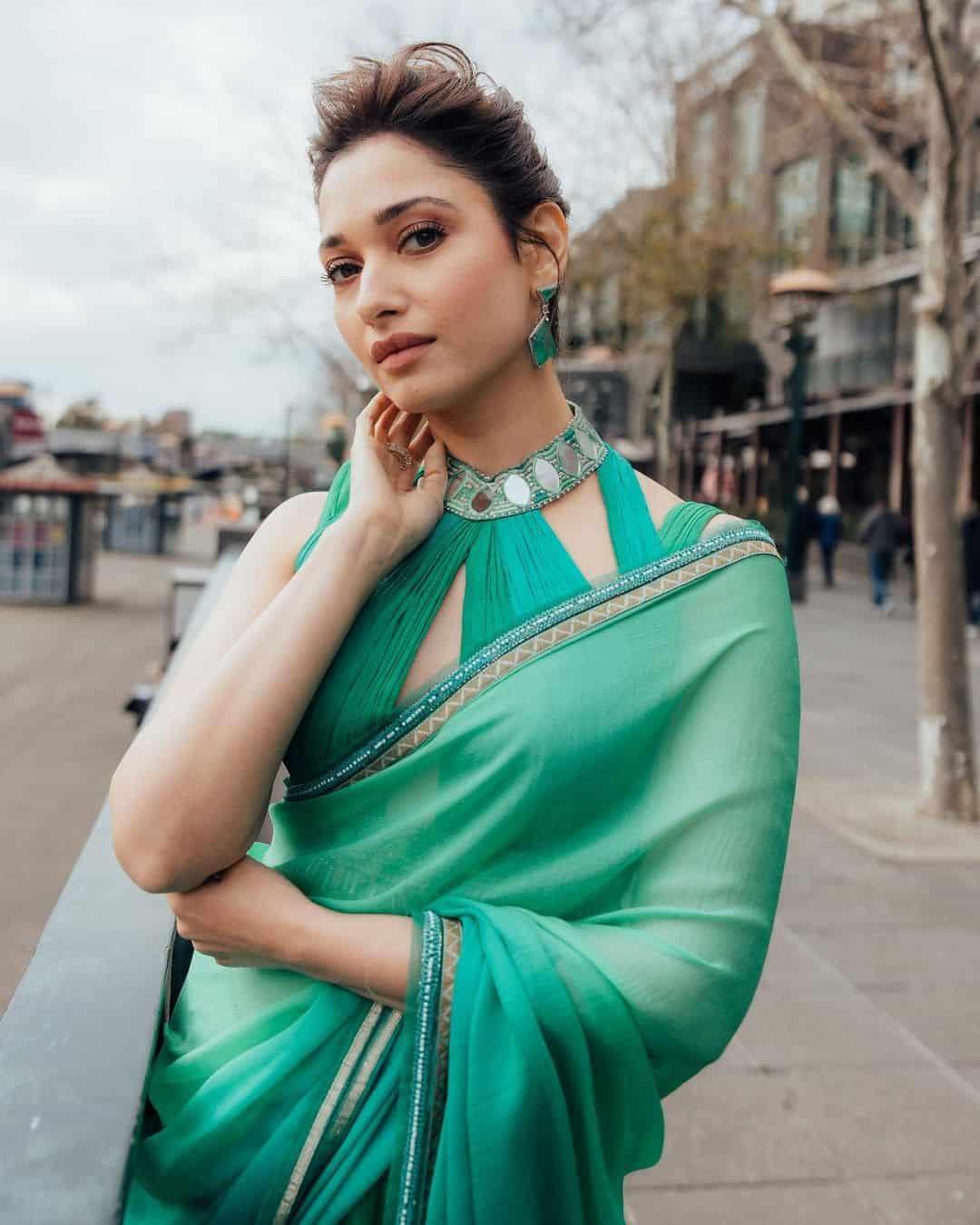 Milky beauty Tamanaah Bhatia has lost most of her good chances in films now, but is trying to make sure that she will be here for another decade simply. Having done a couple of Bollywood movies now, she calls herself a Bollywood heroine as she represents India at Melbourne Film Festival now.

Posing seductively in a teal colored saree and designer blouse, the milky siren called herself Miss B posing in Bollywood style as she landed in Melbourne to treat them to this desi avatar. Against that cloudy skyline of Melbourne city, surely she looks like an angel who went there to distribute a few parts of her glamour there. That sleeveless designer blouse gave glimpses of hotness like never before, while the monochrome style she took up is another interesting element of the pictures.

On the other hand, Tamannaah is waiting for the release of her upcoming Bollywood film, Madhur Bhandarkar’s Bubbly Bouncer and there are chances that this film is likely to be screened there at Melbourne International Film Festival.