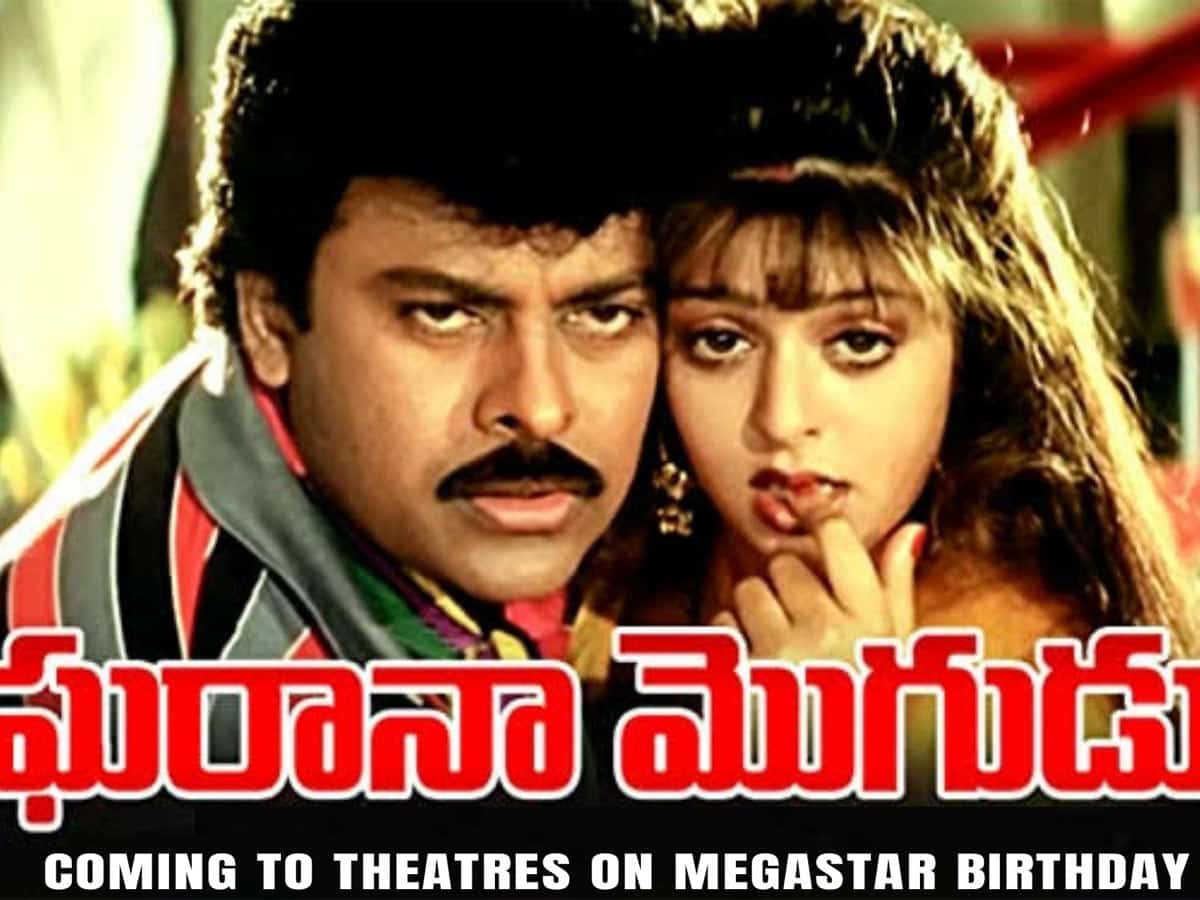 After the super success of Superstar Mahesh Babu-starrer Pokiri’s re-release, fans of other actors are planning to hold special shows of some of the cult films of their matinee idols.

It is already known that Power Star Pawan Kalyan’s Jalsa has been remastered in 4k and will be re-released on September 2, on the occasion of Pawan’s birthday. Fans are planning to hold a record number of shows for this movie.

Meanwhile, it is now being reported that special shows of Megastar Chiranjeevi’s Gharana Mogudu will be screened on August 22nd, on the occasion of his birthday.

In that case, Mega fans will have a blast rejoicing cult classics on August 22nd and September 2nd respectively. More details about Gharana Mogudu’s special shows are expected to be announced soon.

Directed by K. Raghavendra Rao, Gharana Mogudu features Nagma and Vani Vishwanath as the female leads. MM Keeravani composed the music for it. The film was an industry hit at the time of its release.