#RRR Trio Should Give Some Updates 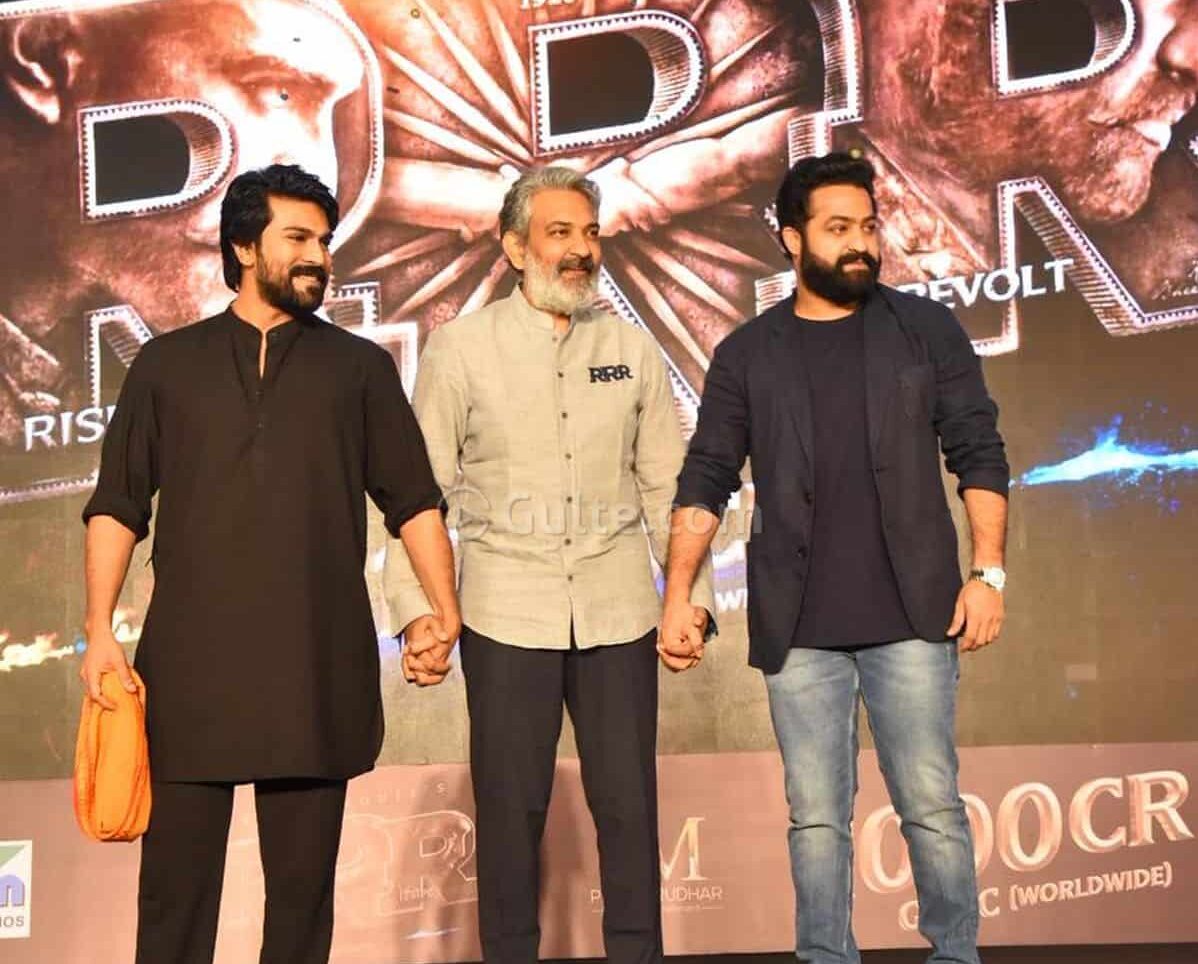 It will be nearly six months that the mania of magnum opus RRR has taken the box office by storm. And then, the film’s streaming on Netflix created and shattered many records and is being showered with applause by top Hollywood folks on a continuous note. But it is coming out that fans of #RRR, not the film, but that of Rajamouli, Ram Charan and Ramarao Jr, are getting disappointed.

After #RRR happened, time is flying by, but there is no proper announcement about anything by these three superstars. Rajamouli went into complete silent mode without giving any clue about his next project. Of course, we do know that he is gonna direct Superstar Mahesh, but then, fans deserve a sort of update, at the least.

Same is the case with Ram Charan who has simply disappeared after the flop show of Acharya. He’s seen partying with the likes of Salman Khan and other biggies, but then, there is nothing coming out about his next. While he wrapped shooting for a schedule of Shankar’s film, #RC15, there are no updates about his upcoming projects officially.

Though Jr NTR has announced #NTR30 under the direction of Koratala Siva, which is delayed for a long time, there is no solid update about this film too. While the actor is appearing at public events for his family and friends, fans are actually waiting for him to go to the shoot and announce the heroine of the movie.

Meanwhile, RRR got screened on the small screen for the first time this Sunday as the Telugu version premiere on Star MAA took Telugu folks by storm.