I love you Charmi : Puri 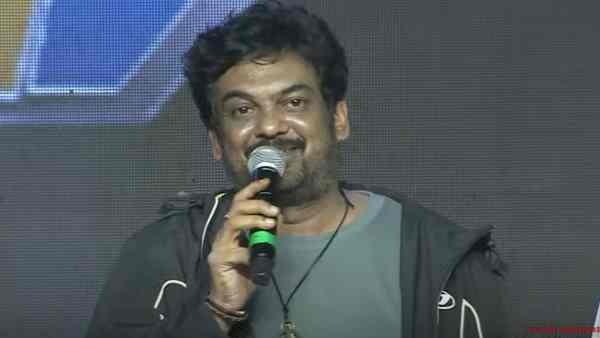 Talking at this event, Liger director Puri Jagannath made some interesting comments. The director started his speech thanking Karan Johar and then the rowdy boy Vijay Devarakonda. Remembering his wife’s words, Puri said, “My wife asked me to watch Sandeep Reddy Vanga’s Arjun Reddy. I watched it for just 45 minutes. Later I fell in love with Vijay’s action”.

“He is one of the rarest actors who gives even two crores back, if he gets to know I am in trouble”, the director added.

Later he praised Ananya Pandey’s strong role in the film and shared a few things about Mike Tyson. “No one believed me when I said Mike is acting in our film. I even got tense until he arrived at the shoot. He has a very huge personality. His chappal size is almost 20”, the director shared about Mike.

Later talking about Charmi, the director said, “Charmi never brings any troubles to my notice. She handled everything herself. She even cries alone. She is the one behind the film’s peaceful shooting. I love you Charmi”.

Also, the director shared that Ramyakrishna’s character will be as a Rebel mother that catches everyone’s attention.