A Sensational Run For A Small Hero 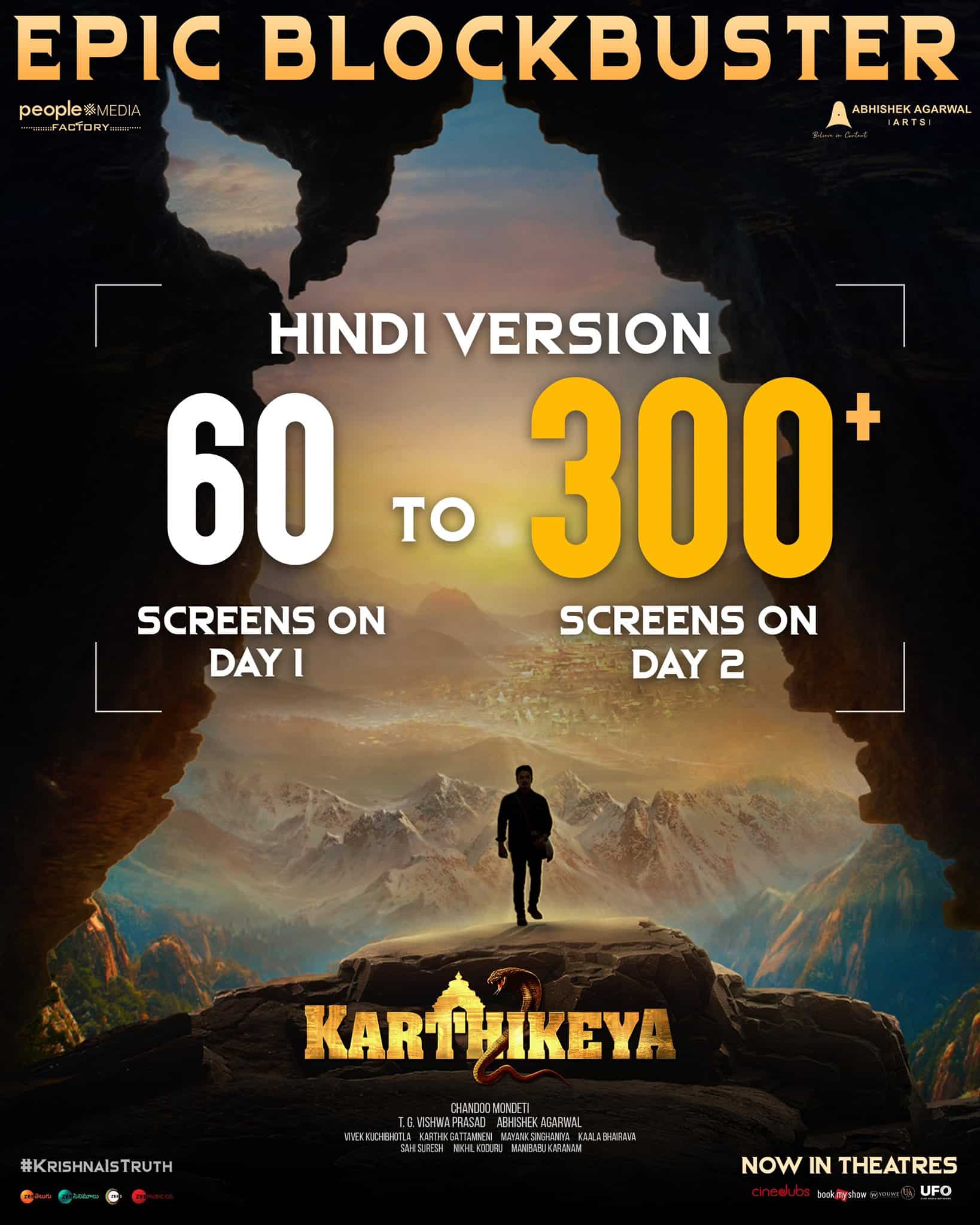 In spite of releasing in limited screens, Karthikeya 2 is showing its prowess at the box office. With unanimous positive talk, the film is having a dream run in the theatres. Many screens are being added across the country after witnessing the positive word of mouth from the audience.

It is expected that the film will cross the break-even figure in all the areas by today. This is indeed an incredible achievement by the movie.

Karthikeya 2 is also having a sensational run in the USA. It collected a gross of more than $450k in just two days of its release. With this pace, it may also join the million-dollar club soon.

On the whole, Nikhil bagged yet another blockbuster in his career. Directed by Chandoo Mondeti, Karthikeya 2 featured Anupama Parameswaran as the leading lady.