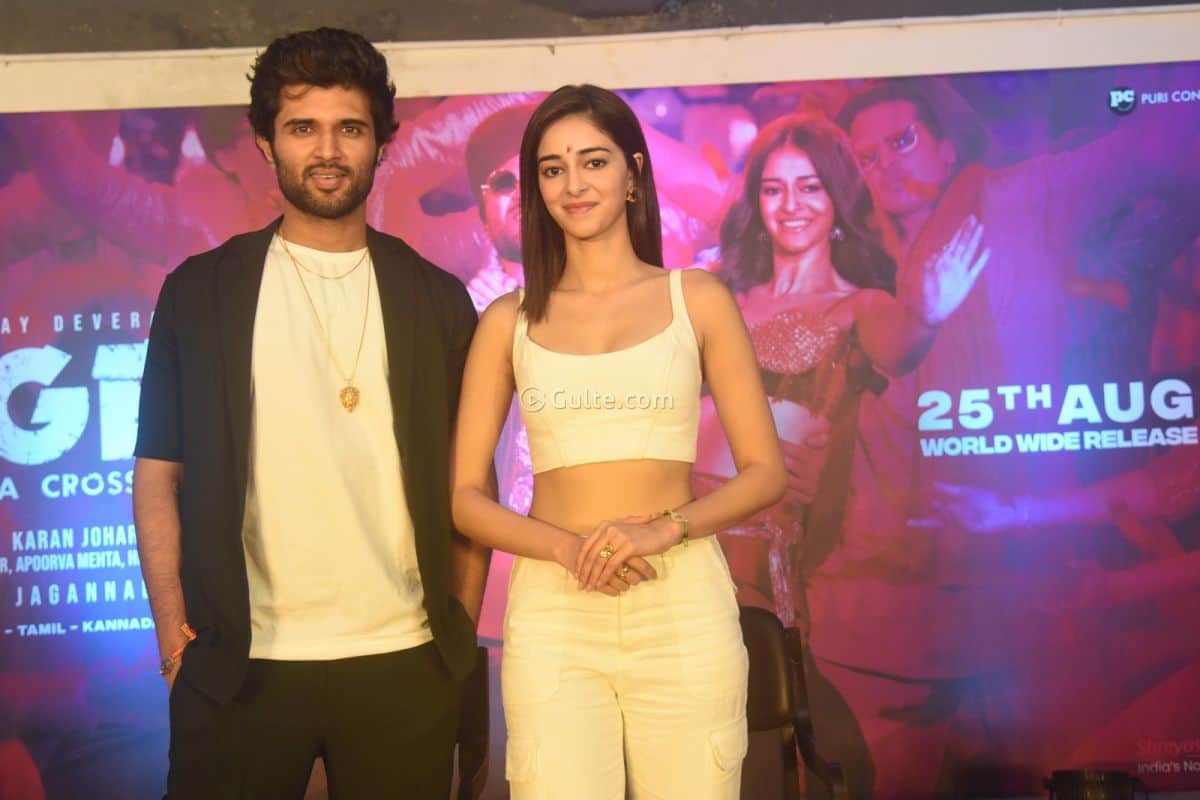 There were speculations that Liger is the remake of Puri Jagannadh’s yesteryear blockbuster Amma Nanna O Tamil Ammayi. However, Vijay Deverakonda during Q and A session with media clarified that Liger is not a remake and he will never do remakes.

“I like Amma Nanna O Tamil Ammayi a lot. But Liger is a different movie. The sport MMA is different from boxing. Mother-son bonding is going to be the major USP. There are lots of other elements in this movie. I’ll Never Do Remakes in fact, don’t like doing remakes.”

Vijay also clarified that Liger is a pure Telugu cinema. “The songs in the movie were composed by Bollywood composers. However, the story is pakka Telugu. It’s the story of a mother-son who go all the way to Mumbai from Karimnagar. We wanted to tell this story to entire country.”

He says he doesn’t fear of high expectations on his film. “I’m confident that, we’ll definitely reach all the expectations. I always wanted to do big. Pelli Cjoopulu was a big achievement for me. Then, Arjun Reddy and Geetha Govindam turned out to be much bigger hits. Liger is a terrific content with high in most of the scenes. It’s our duty to bring audience to theatres. Once they come, they’ll definitely enjoy the movie.”

Vijay calls Liger as the biggest and hardest cinema in his career. “It’s most challenging film I’ve done in my career. Physical training, the mental stress was there all through. I pushed all my boundaries for the film. I thought the transformation can be done in 2 months. I couldn’t see much change in my body, after 2 months. So, I took more time. In between, we shot the scenes, which didn’t to show my body. Learning fights and dances was other big thing.”

The actor says he didn’t consider himself to be a dancer. “I had to rehearsal everything. Ananya used to do well, but I used to take lots of takes. It was amazing to work with her.”

Vijay informs there’s a huge action sequence towards the end of the movie and he had tensions to shoot the sequence with Mike Tyson. “I will remember every moment I spent with Mike Tyson forever.”

Vijay also thanked Karan Johar for all the support. “Karan spoke with me after Arjun Reddy. He told me that, he wanted to make a Hindi movie with me. But I was not ready to do Hindi movies then. When we decided to do Liger in Hindi, I called him. Karan okayed it without even listening to the script. Though we narrated him the story later. We’re promoting the movie India level, because of him.”

Ananya Pandey who also attended the event expressed her happiness to make her Telugu debut with a mass and commercial movie.