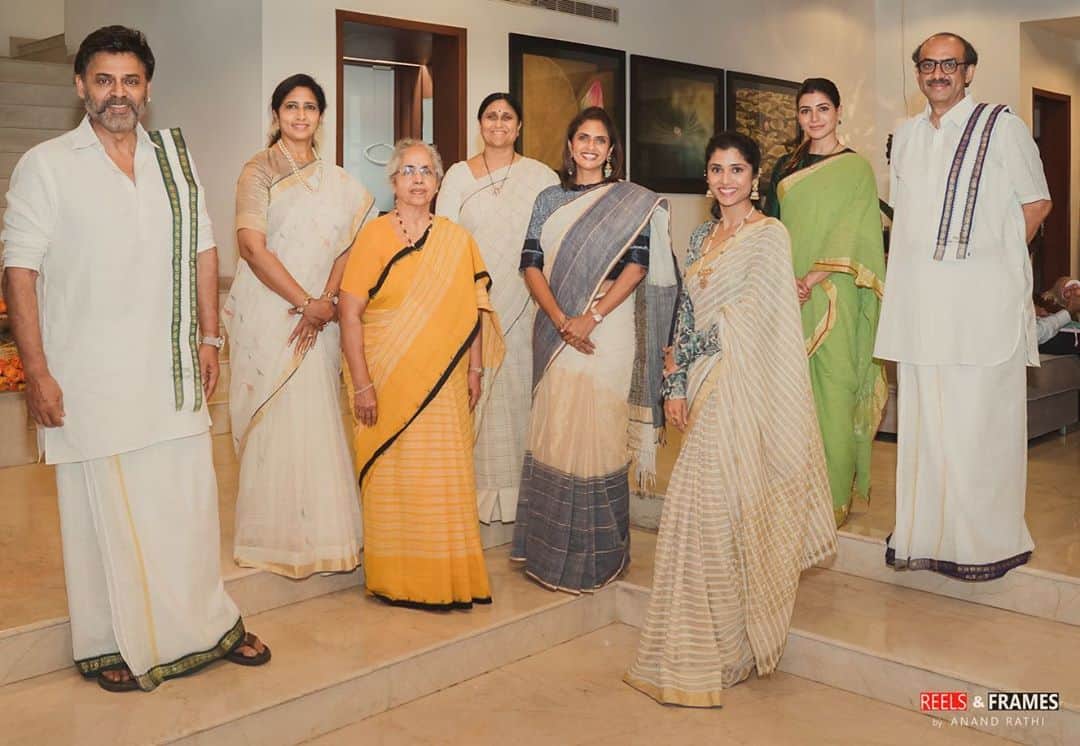 Most of the celebrity kin, especially the women, usually end up either in acting or in fashion designing. And after a long time, it looks like late D Ramanaidu’s daughter Lakshmi Vijayaraghavan, who happens to be the mother of Naga Chaitanya Akkineni, has also embarked on one such journey.

On the eve of Rana’s wedding, during the muhurat deciding ceremony, the whole of Daggubati family has slipped into handlooms, exclusively made Taanbaan, which are collected by Lakshmi. Sharing the picture, heroine Samantha Akkineni, who happens to be the relative of Daggubatis obviously, stated that we should support our local weavers and artisans in whatever way we can as they are the last hope to keep our fantastic ‘spinning’ tradition alive.

From left to right, one could notice in the picture are none other than Venkatesh, his wife Neeraja, late Ramanaidu’s wife, Suresh Babu’s wife, Chay’s mother Lakshmi Vijayaraghavan, Suresh’s daughter Malavika Daggubati, Samantha and Suresh Babu. In another picture, one could see Samantha and Malavika getting candid with each other on the marriage eve.

Well, that’s the Daggubati’s photo frame in handlooms, which are collected by Lakshmi.