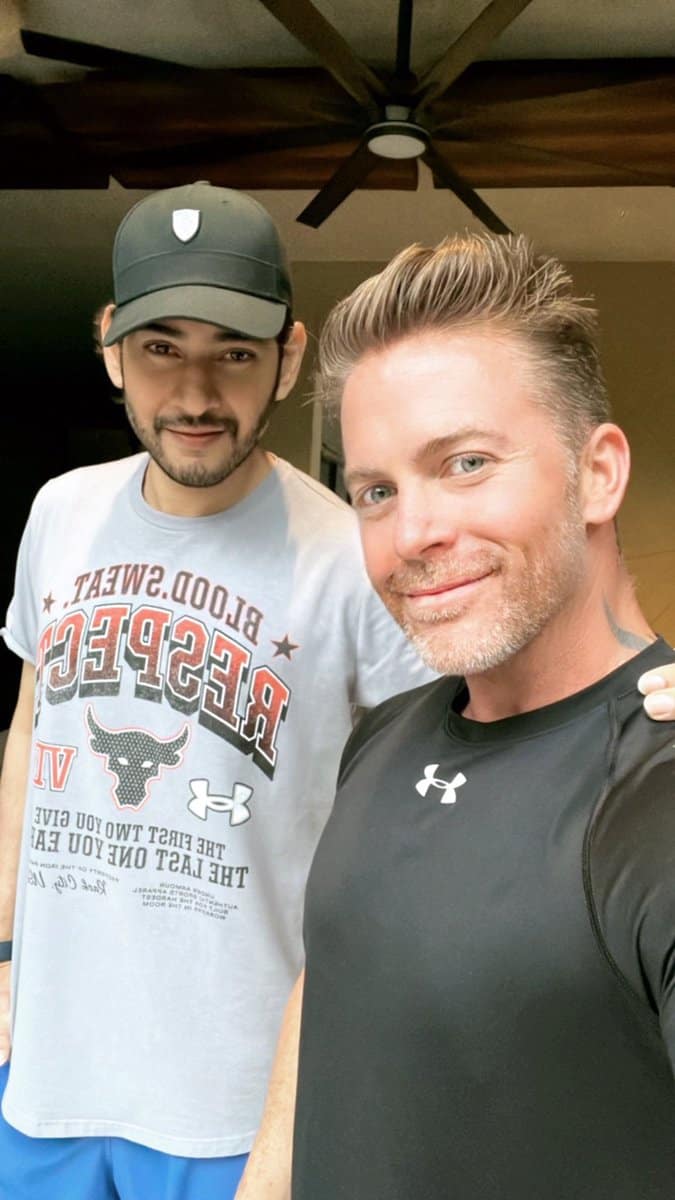 Celebrity fitness trainer Lloyd Stevens has been roped in by Superstar Mahesh Babu, well probably for his upcoming movie with director Trivikram Srinivas. It was Lloyd Stevens who confirmed the same by sharing a picture of himself with Mahesh Babu on Instagram.

“Let’s do this @urstrulyMahesh,” captioned Lloyd with the hashtag #watchthisspace and he dropped hints that he would be sharing more details in the coming days. Mahesh fans were thrilled to know this latest update and they are pretty excited to see Mahesh in a new avatar.

Certainly Lloyd’s training is going to be physically demanding and Mahesh who will work with director SS Rajamouli after #SSMB28 made similar comments. Seems like Mahesh is preparing himself well in advance to work with Rajamouli.

And on the update of #SSMB28, we hear the film’s start has been pushed due to the on-going strike. The Producers Guild is likely to resolve the matter in another week or so and high chances are that Mahesh-Trivikram film will hit the sets at the end of this month.