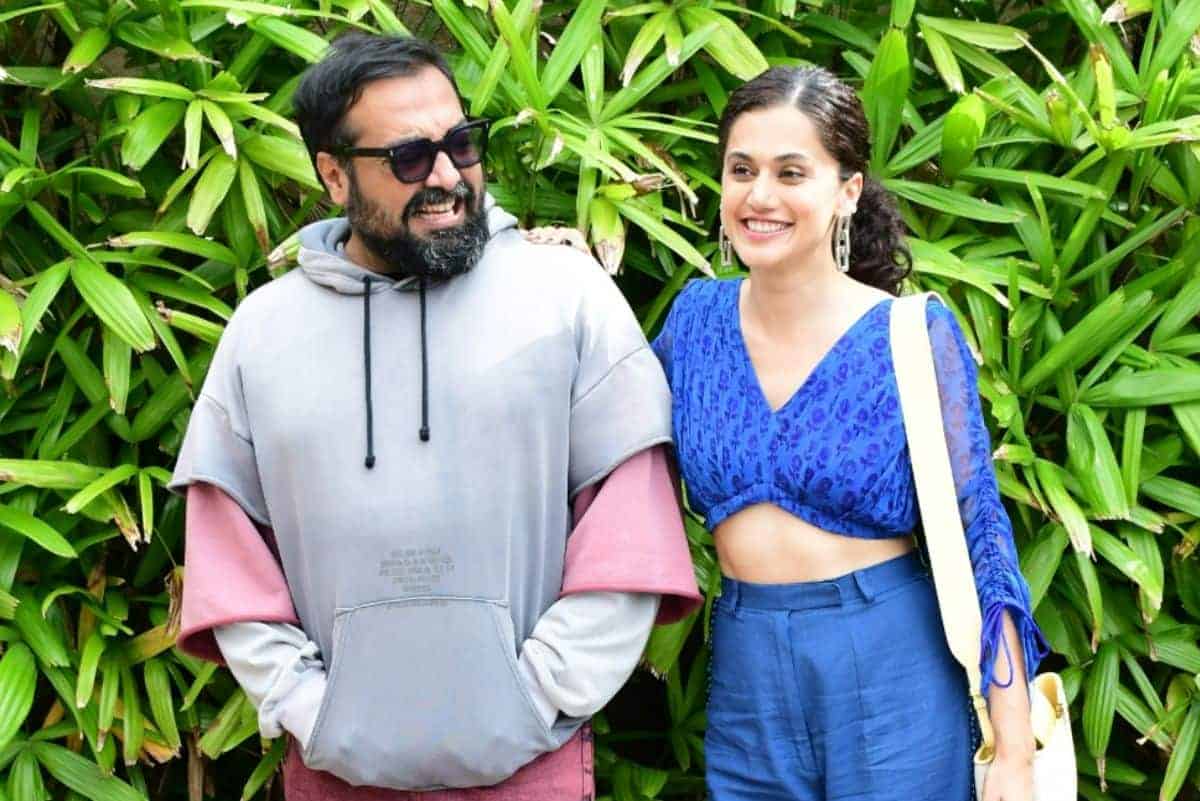 Super talented Director Anurag Kashyap is on fire at the moment as he is promoting his upcoming film “Dobaaraa” which is set for a release this week on August 19th. He’s not only turning out to be eccentric and energetic but making all the weird and sensible yet crazy statements as well to get the attention for the movie starring Taapsee in the lead, which happens to be a remake of a Spanish movie.

When an interviewer asked Anurag Kashyap about how he felt looking at Ranveer Singh’s nude photoshoot, actually Taapsee interfered to say that in Hollywood it is common for everyone to do such shoots. When the interviewer advised that even Anuraga should do such a shoot, Taapsee is quick to comment, “Oh, don’t show horror films to the audiences”.

Reacting to Taapsee’s words, Anurag shot back, “Taapsee is jealous that I’ve bigger b**bs than her”, and that broke even the actress into laughs. As usual, some troll brigades are calling these comments of Anurag sexist, while some are supporting them, saying that it was a fun interview. On a whole, Dobaaraa is getting all the attention for these crazy comments and acts of the film’s main pillars.