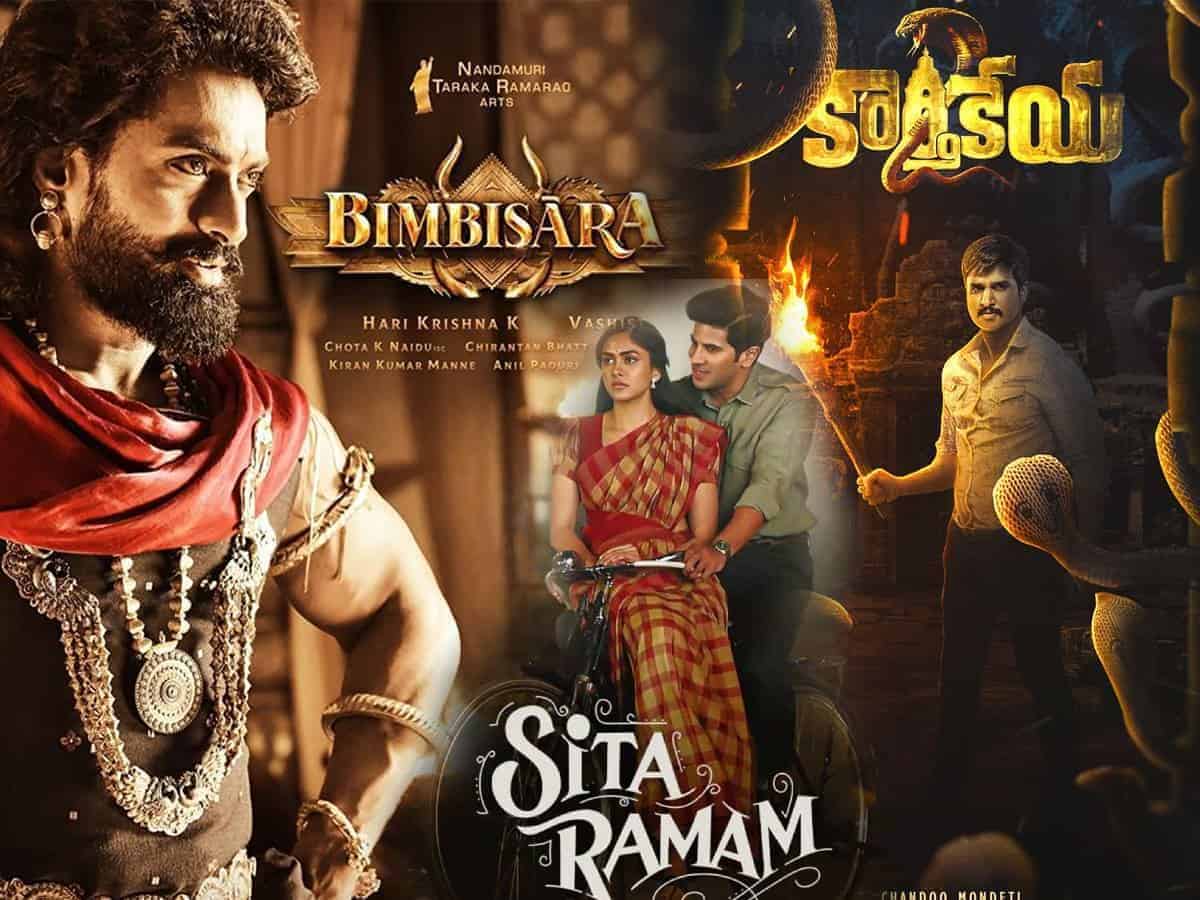 The Telugu film industry has seen three blockbusters now including Kalyan Ram’s Bimbisara, Hanu Raghavapudi’s Sita Ramam and Nikhil’s Karthikeya 2. Of course, everyone who watched the film are super happy and the producers of those films are double happy for the feedback and box office collections. But then, Tollywood should first understand what these three blockbusters are really teaching filmmakers and producers.

First of all, among all the three Bimbisara is the mass commercial blockbuster that is enthralling the audience big time. The big takeaway from this film is, that you can keep item songs, masala scenes, comedy and romance like a usual commercial film, but the story should be something new. A pre-historic king like Bimbisara doing the time travel to come into the modern era itself is a new concept and that is dealt quite well.
Bottom line: Make commercial films with a dash of new concepts.

Then comes Sitaramam, which is doing well in the class theatres and reaping huge in the overseas market. Take a simple story, set it up in a vintage era, get your visuals right, then the film will be a super hit. Hanu Raghavapudi made the film without crass comedy, no glamour touch at all and not even a blockbuster hit song is present in this film.
Bottom line: Presentation is what matters when you are making cute stories

If we have to take something from Karthiekya 2, the film is based on a mythical concept and the story itself is brand new. There is no big romance or any other usual masala, but the audience got hooked to the concept right from frame zero.
Bottom line: Write a new story, not with altered emotions or relationship dynamics, but with a core central concept that wows the audience.

We have to see how many of our filmmakers and producers will look into these things and work them out for their upcoming projects.