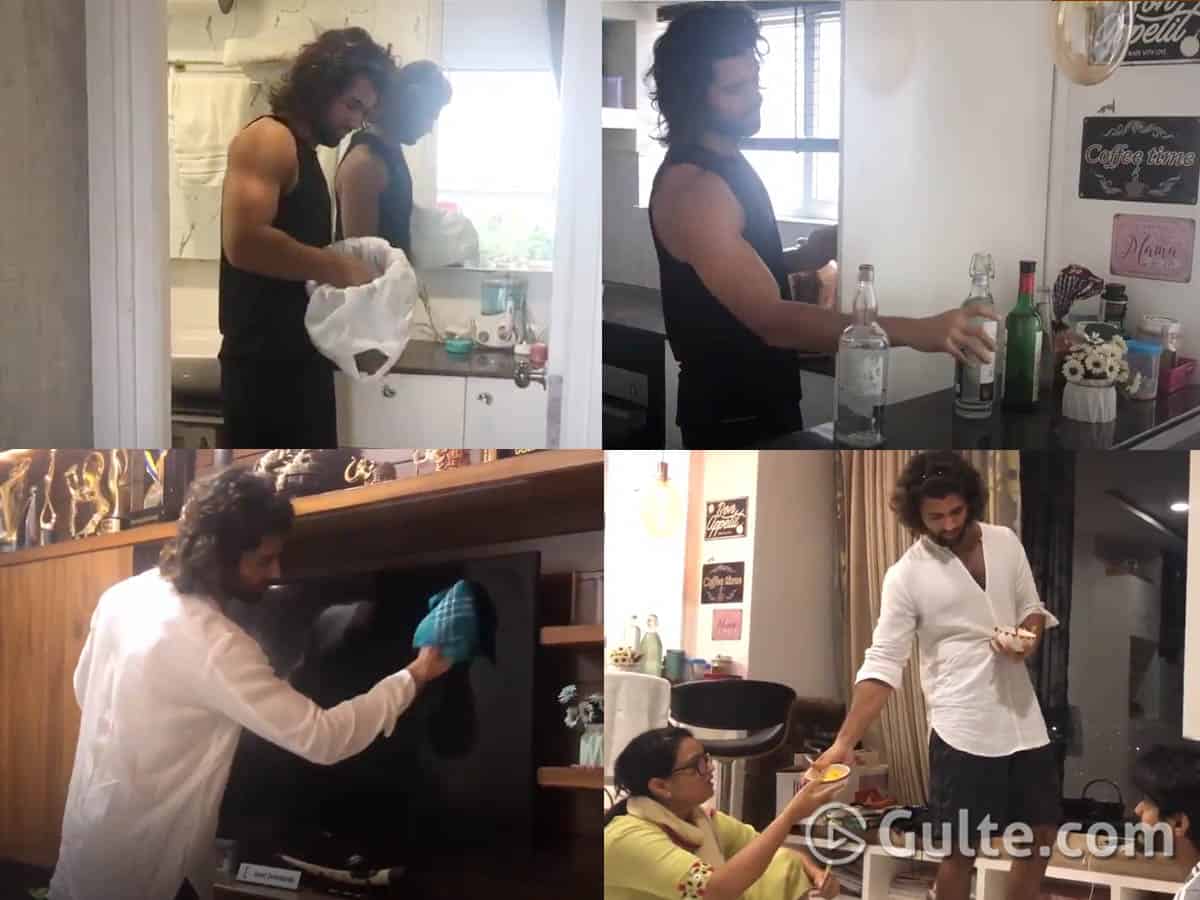 Though other day hero Vijay Devarakonda stated that he might not be able to do the real man challenge because his mother still thinks he is a kid and won’t let him do any household work, finally he has come up with his video.

A cute video we must say, where he is seen folding the bedsheets after waking up at 11:45, filling bottles, cleaning dust bin, making mango icecream from freshly cut mangoes and cleaning the TV as well as his Xbox, the actor showcased a day in his life. And he beautifully gives some stats on the screen saying that he sleeps for nearly 10 hours now while he used to sleep only 6 hours on the average earlier.

In the end, Vijay has stunned everyone saying that he is actually enjoying the lockdown as it has given him the opportunity to spend time with his loved ones. Guess what, the actor served the mango icecream to his parents and brother in the end, as he ended the video.

Coming to passing the challenge, he has given the #BeTheRealMan challenge to Mallu star Dulquer Salman, who happens to be his co-star from Mahanati movie.