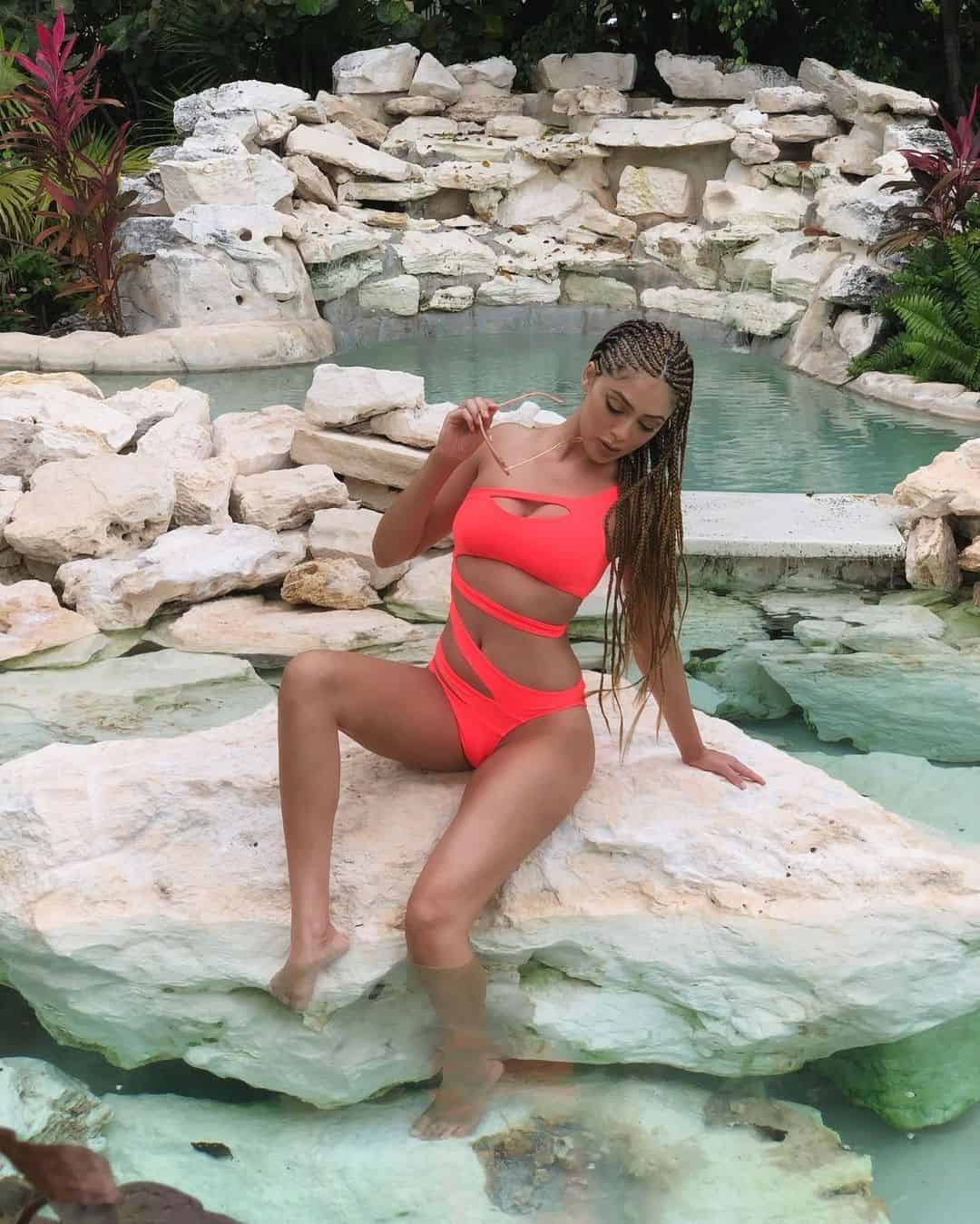 Actress Parvati Melton has stayed away from films for a long time. The Jalsa actress is an American model and she later worked in South Indian films. Parvati attracted a large number of fans just with ten films of work in India.

Parvati Melton has been super busy modeling in the USA. Her Instagram pictures are simply jaw-dropping. Recently, the stunning beauty posted pictures of herself in a bikini on beach shores. Yet again, Parvati sizzled in an orange monokini and she calls it the happiest color.

The Vennela actress posed playing on the white sands and turquoise waters of Miami in Florida. The pictures are really heating up the beaches.