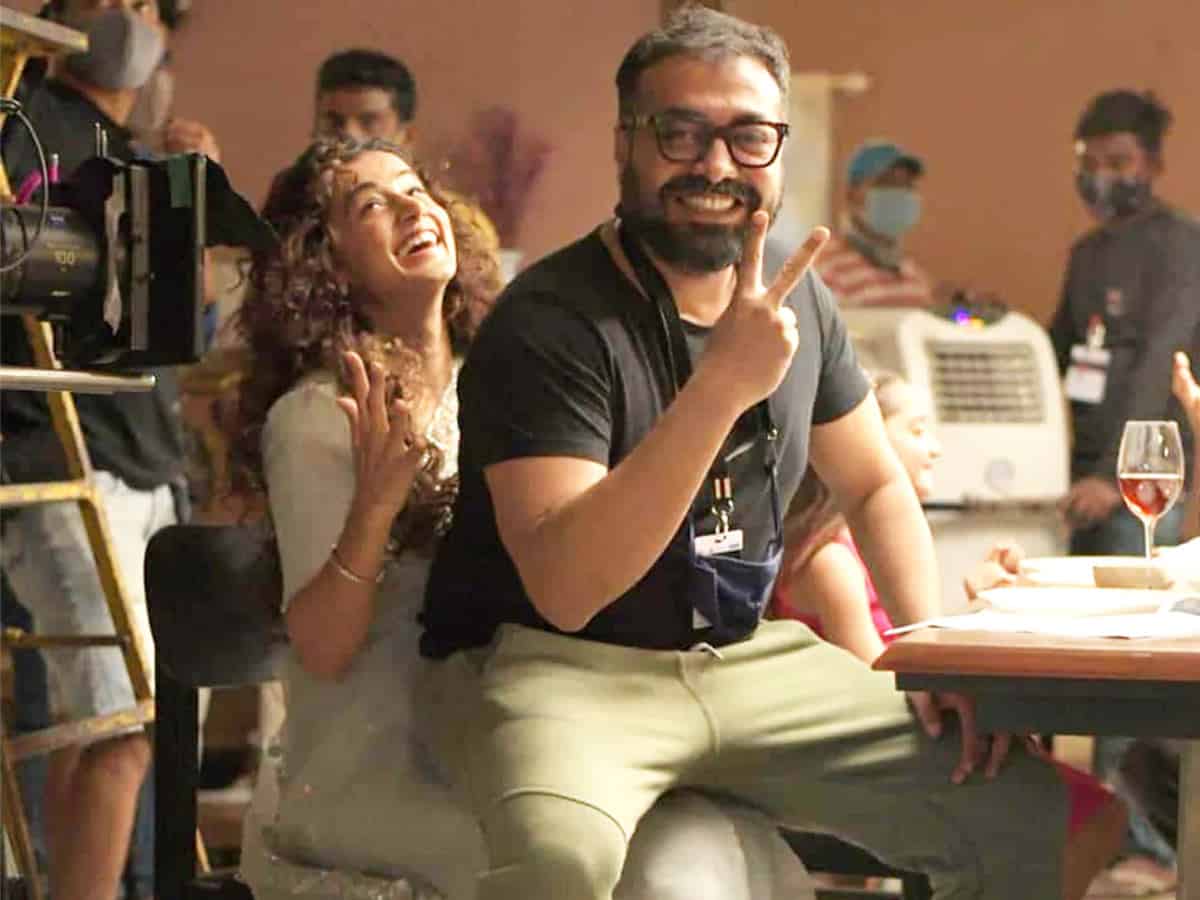 It is already known that during their interaction with an interviewer, when Anurag Kashyap was asked to pose like Ranveer Singh, Taapsee stated that it would be horrible, to which the director replied that she’s jealous that he got bigger b**bs than her. While that is a lighter vein adult comedy, some netizens took it seriously and here’s why.

They say that curly haired beauty Taapsee is known for attacking everyone on the internet even for the slightest sexist remark and are wondering why didn’t she utter anything against Anurag Kashyap during the promotions. Also, the actress supported the director a lot in other interviews no matter whatever the satirical comments he made. Does that affect Dobaara result too?

Though some reviews gave 4-stars for Dobaara, which happens to be a remake of the Spanish thriller Mirage, trade experts revealed that the morning shows and matinees of Dobaara got canceled in various theatres. And the First Day collection is anywhere near to Rs 35-40 lakhs only. On the same day, Nikhil’s Karthikeya 2 Hindi version made more than Rs 1.2+ crores. Looks like some set of audiences are seriously upset with Taapsee, isn’t it?

Guess what, both Anurag and Taapsee have jokingly asked people to boycott their film too like the way people have boycotted Aamir and Akshay’s movies, and it looks like their call worked out.