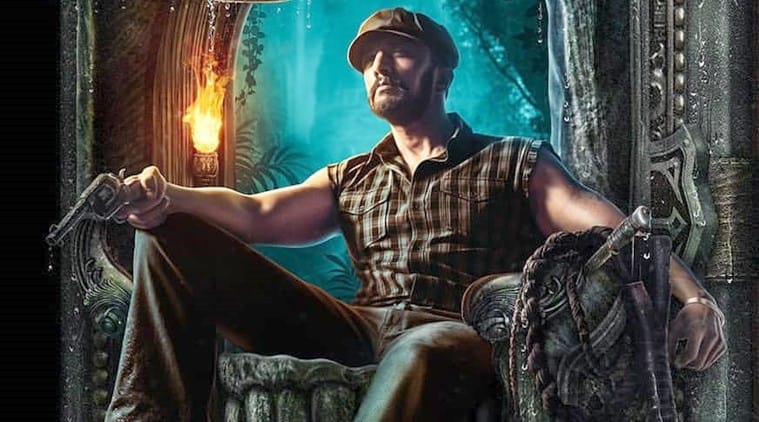 Kannada star Kiccha Sudeep stunned with his super stylish look in his forthcoming film Phantom. Sudeep has been introduced as Vikranth Rona. Clad in a sleeveless shirt and jeans, donning a hat, holding a gun on one hand and sitting like a don, Sudeep looked stylish. He is set against a vintage background adding more curiosity. The first look is garnering a lot of interest on the movie.

Billed to be a story revolving around treasure hunting and Vikranth Rona as a hunter for the accident treasure, it is learnt that Sudeep’s role as Vikranth Rona is going to be very powerful.

Currently, the shooting of Phantom is going on in a private studio in Hyderabad. After the Covid-19 relaxations, the crew of Phantom resumed the shoot amidst strict precautions. The film’s director Anup Bhandari’s previous outing Rajaratham (Rajaratha in Kannada) which also has Rana Daggubati tanked at the Box Office. While Anup had announced two movies with Sudeep following the failure of Rajaratham and announced Billa Ranga Baashaa with Sudeep, the duo kept it aside and started Phantom instead.