This Is Not A 90ml Speech: Sai Tej At RRV Event 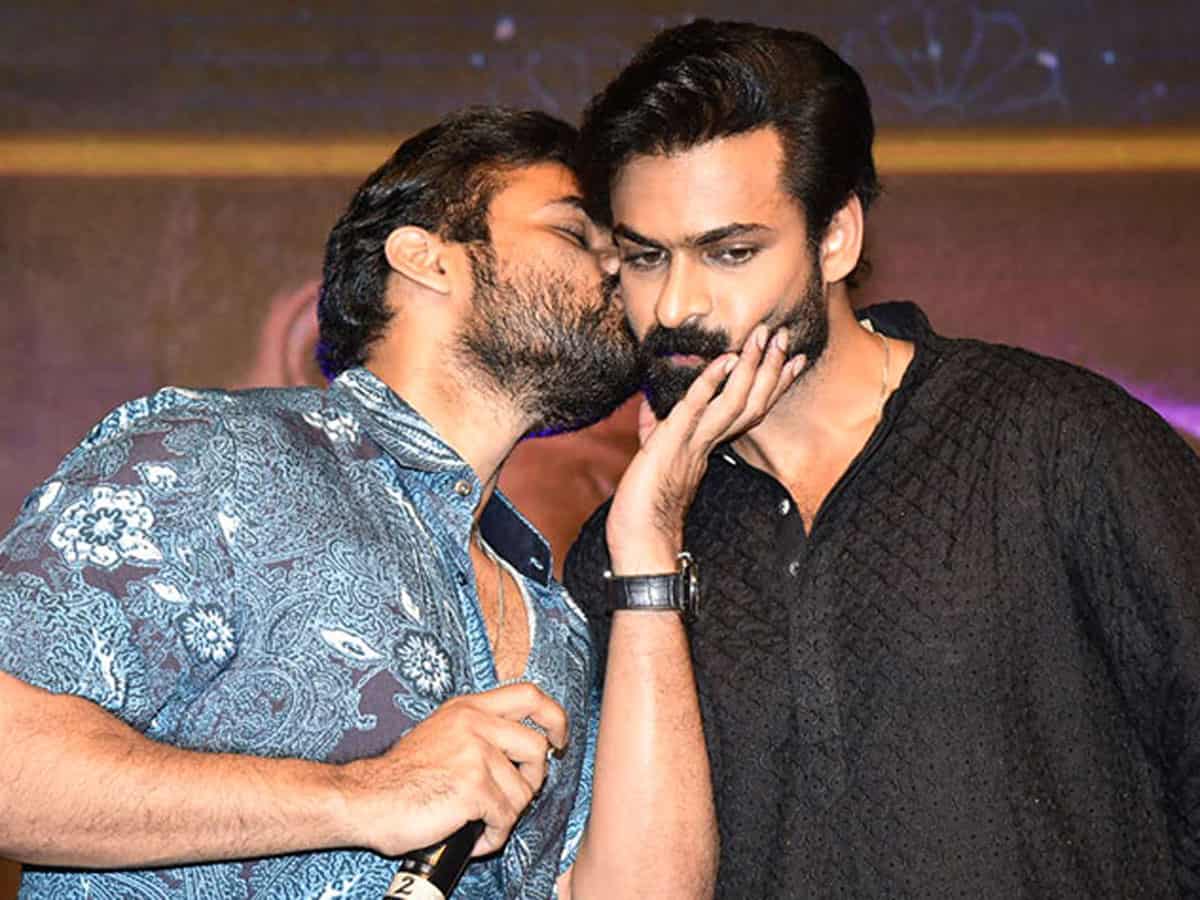 Vaishnav Tej’s Ranga Ranga Vaibhavamga celebrated a pre-release event last night. Varun Tej and Sai Dharam Tej were the chief guests at the event and the latter got emotional on stage. This is his first event after he recovered from the bike accident injuries.

Sai Dharam Tej started his speech by calling himself lucky to be back and for this event. He mentioned the year 2021 as a lucky year for Uppena to become a big success and above all, the audience accepting Vaishnav Tej as a hero. He said it might be destiny that caused his accident and Sai Tej got emotional for a bit.

‘I don’t know what was happening when I was in a hospital bed. When my brother called me ‘Anna’, I couldn’t respond and that makes me feel so sad. He is my strength and courage. I am not talking this all by having a 90ml, in fact, I don’t have the habit of drinking. I am saying this wholeheartedly.’

Sai Tej wished the best for the whole team a super success with Ranga Ranga Vaibhavamga before reminding the audience about another big festival on September 2, the birthday of Pawan Kalyan. Sai Tej said Pawan Kalyan might be Powerstar for fans, but for him, he is the Guru.

Before ending the speech, Sai Tej requested all to wear a helmet while riding a bike and stressed that it is because of that he is alive today.