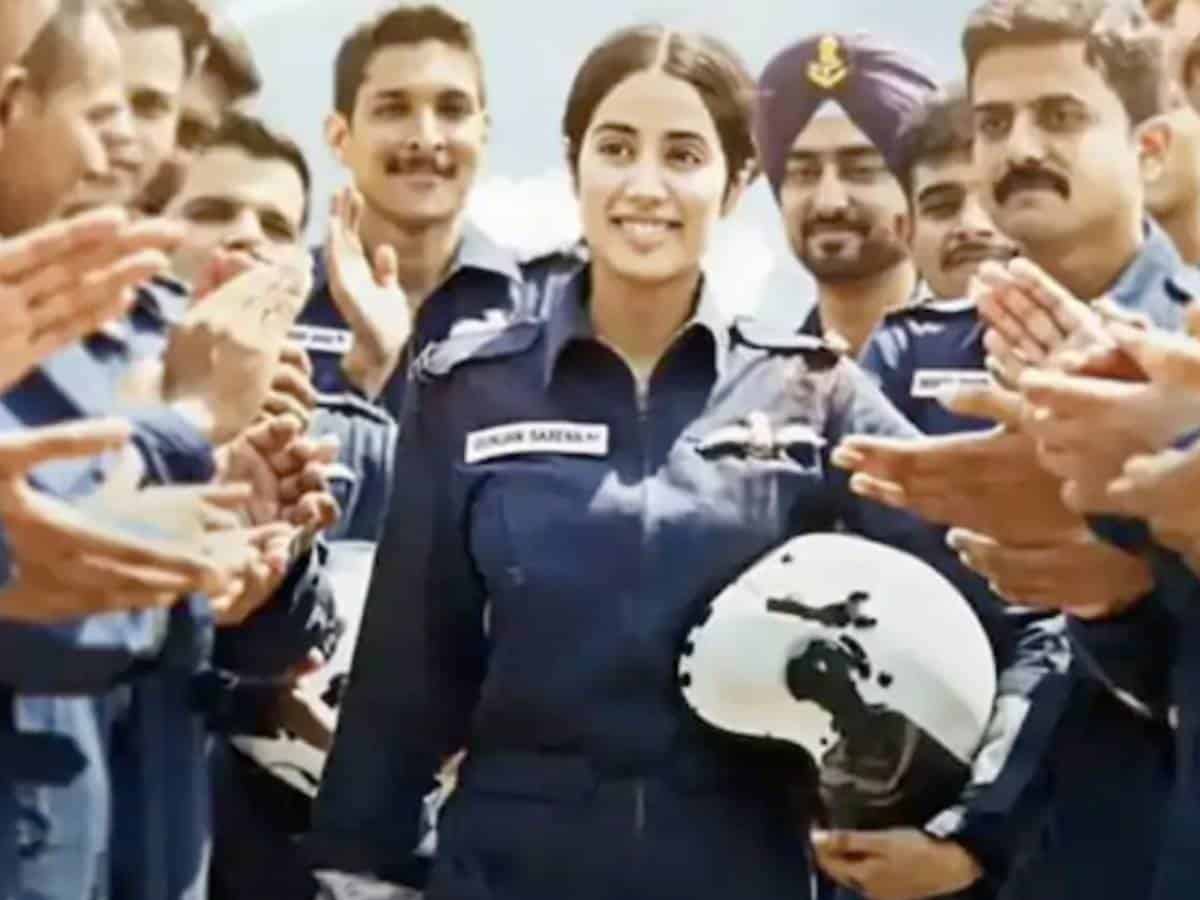 Much awaited film on the life and times of Former Flight Lieutenant Gunjan Saxena was spun into a movie and other day it released on Netflix. Featuring Jhanvi Kapoor in the titular role, the film got mixed reactions from audiences and here are the two extreme reactions we have to look at.

Firstly, the film got slammed by Indian Air Force for the wrong portrayal of the armed forces and the way they treat women. Especially those scenes like where a Commanding Officer of a base asks Gunjan Saxena to change clothes on the field itself isn’t taken well as IAF claims that respect to women is always a top priority inside the force. While IAF has written a letter to Censor Board, they are likely to approach legal authorities against Dharma Productions now.

And the second biggest reaction came from netizens, who are slamming Jhanvi Kapoor outright for her portrayal of Gunjan Saxena. Even if we keep the nepotism debate aside, Jhanvi is a poor actress and can’t even evoke the basic emotions an actress is supposed to do. In some crucial scenes where she has to excel, she tumbled. In scenes with her father, played by Pankaj Tripathi, she’s a deadwood while the latter stole the show.

Though Gunjan Saxena is slow and a bit predictable, one could watch it to know the story of the real Gunjan Saxena, the Kargil Girl.